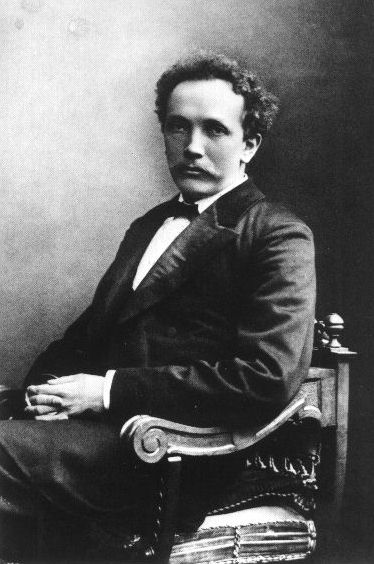 Richard Strauss admired the music of Richard Wagner, and so he felt honored in 1893 when he received an invitation from Wagner’s widow Cosima to conduct during the consummate Wagnerian event, the Bayreuth Festival.

But the honor would come with strings attached.

Part of Cosima’s motive for the invitation came from the formation of a rival festival in nearby Munich. The director of the Munich festival put it into direct competition with Bayreuth by announcing a new production of Wagner’s Lohengrin, the same opera Bayreuth had presented on its season’s opening night.

The Munich director also invited Strauss to conduct two of their operas.

His willingness to work with the competition put Strauss at odds with Cosima’s increasingly resentful son Siegfried, a composer who also did some conducting. Strauss was not reluctant to voice his criticisms of Cosima and her family. He and Siegfried had a quarrel about artistic control that prompted  Strauss to break off his association with the Wagners. Cosima asked that Strauss not return to Bayreuth as a conductor.

In August 1896 he did return--as an audience member--to hear Siegfried conduct Wagner’s Ring Cycle for the first time, and he found the Wagners amiable, although he thought that Siegfried’s conducting was awful.

Siegfried rekindled the animosity by publishing a letter in which he stated that the ultimate authority in the theater at Bayreuth was the stage director, who got to give orders to the director. Strauss took the letter as a personal insult.

But despite his break with the Wagners and his condemnation of Bayreuth as “the ultimate pigsty,” Strauss remained steadfast in his admiration of Wagner’s music and saw the festival as its greatest safeguard, in fact, the consummate safeguard of all German art. And in 1933, after the deaths of Siegfried and Cosima, when the invitation came to conduct again at Bayreuth, neither the needs of his own music nor the grim Nazi politics of the times kept him from accepting it.