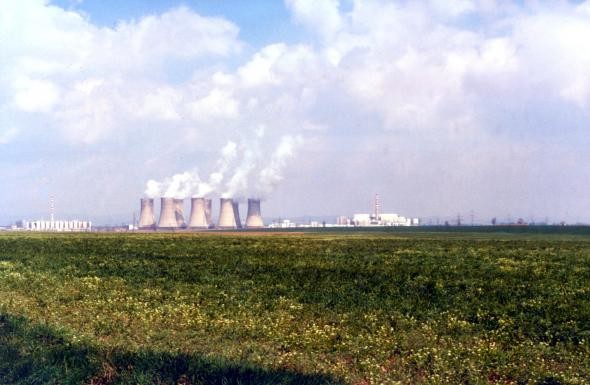 Earlier This Month, Assembly Passed A Bill That Would Make It Easier To Bring Nuclear Facilities To State
By Scottie Lee Meyers
Share:

Energy experts are taking different sides on whether Wisconsin should pass new legislation that would allow for the construction of new nuclear power plants.

Earlier this month, the state Assembly passed a measure that would effectively lift Wisconsin’s ban on new nuclear power plants by eliminating two essential clauses. The clauses stipulate that nuclear power would be proven to be a cheaper source of energy to residents and requires a federal repository site for spent nuclear waste.

Michael Corradini, professor of engineering physics at the University of Wisconsin-Madison, said he hopes the bill will pass because he feels nuclear power is a better alternative to fossil fuels and ultimately help in the fight against climate change.

"Nuclear power is probably the most important way to deal with climate change as a reliable and baseload method of electrical energy production," he said. "In comparison to renewables, which are excellent, but they are intermittent. They are only available when the sun shines or the wind blows."

Some environmentalists are worried about the safety of nuclear energy, especially after seeing high-profile disasters that exposed people to radioactive pollution at Three Mile Island and more recently in Fukushima, Japan. Corradini, however, said he believes the U.S. has made reforms to ensure nuclear power plants are safe.

"I think the public should be aware with any sort of technology there's a chance with some sort of accident that's going to be a concern to the general population," he said. "But in terms of the performance of plants in the United States, they've been extremely safe and reliable, so I have no concerns."

Other energy experts like Al Gedicks, of the Wisconsin Resources Protection Council, said they would rather see the state invest in renewable energy systems. While Gedicks said he agrees that nuclear energy is better than coal, natural gas and oil in terms of overall greenhouse gas emissions, he worries that nuclear plants take years to construct and get operating -- years we can’t afford to spend when faced with such devastating consequences of climate change. Moreover, he said he fears extreme weather incidents could disrupt radioactive waste stored at nuclear power plants.

Gedicks also believes the bill would open the door to Wisconsin itself becoming a federal repository site.

"If you lift the restriction on no nuclear power plants without a waste disposal site, you are setting up the state of Wisconsin to become if not the first, then certainly the second nuclear waste repository," he said.

Wisconsin already was targeted by the U.S. Department of Energy as a potential repository site to compliment Yucca Mountain back in the 1980s, according to Gedick. But massive opposition, including from four tribal nations, eventually led for the federal agency to look elsewhere. Soon after, Wisconsin implemented the moratorium.

Gedick said Wisconsin could remain an attractive location for a waste dump site because of granite rock formations in the northern part of the state.

"Wisconsin was high on the list in the 1980s and it is still high on the list now," Gedlick said. "We  are essentially going into this blindfolded because we haven't had a discussion on whether this is what the citizens of Wisconsin want if they lift that nuclear power moratorium."

Corradini, however, disputes that Wisconsin is a likely location for a repository. For one, there are too many lakes and bodies of water in the state and even up north, there are decent population densities, he said. Moreover, he said three states -- Arizona, New Mexico and Texas -- are currently vying to provide a federal dump site location.

If the bill does pass the state Legislature and the moratorium is lifted, Corradini said he believes new nuclear power plants could realistically be up and running in the state in about 10 years.