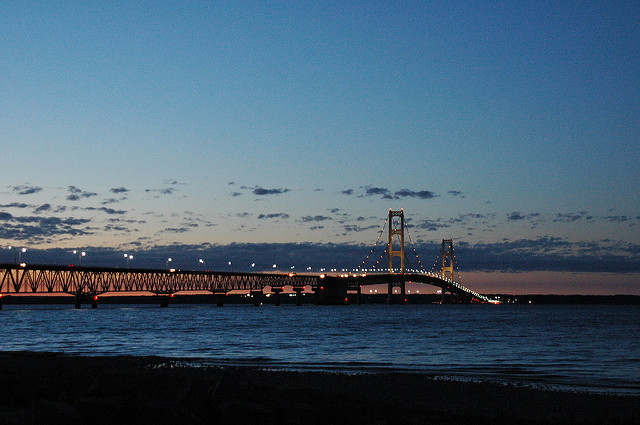 The state of Michigan and energy firm Enbridge have reached an agreement to replace twin pipelines that run along the lake bed in the Straits of Mackinac. The existing segment of Line 5 would be shut down and a tunnel housing a new pipeline would be built in its place.

Michigan Gov. Rick Snyder called the agreement a common-sense solution that adds more protection for the Great Lakes. Enbridge would pay up to $500 million to build the tunnel over the next decade.

"Our agreement with the state we believe demonstrates our commitment to implementing the measures necessary to best protect the Straits and the Great Lakes," Duffy said.

Line 5 runs from Superior to Sarnia, Ontario, and carries roughly 540,000 barrels of oil and natural gas liquids per day.

Critics say the agreement leaves the Straits and the Great Lakes vulnerable to spills while the tunnel is being built.

"The biggest concern is that we will be locked into operation of this 65-year-old pipeline for another 10 years while they go through more feasibility studies that require permitting and potential legal battles that will surface in opposition to this project," Wallace said.

Editor's note: This story was corrected on Thursday, Oct. 4, at 8:38 a.m. to show that Line 5 carries natural gas liquids.