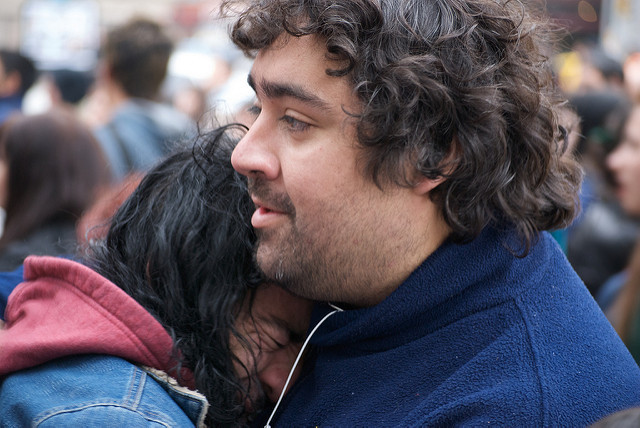 Empathy Might Have More To Do With Logic Than Emotion, Research Finds

The ability to empathize with people — being able to assess the feelings of others without being told explicitly what they are — has long been thought of as residing in the realm of the emotional. But in popular culture, empathy is frequently misunderstood.

According to Regan Gurung, professor of human development and psychology at the University of Wisconsin-Green Bay, many people's assessments of their own empathetic skill is slightly overblown.

"There are many of us who believe that we are very empathic," Gurung said. "But the interesting thing is: Are we accurately empathetic or not? So, you may think you're empathetic and you may think you can read someone else's feelings, but you may not always be right."

And according to a paper published in the Journal of Personality and Social Psychology, empathy might rely more on logic and less on instinct than previously believed.

"Your intuition, as useful as it is in so many different situations, may not be the most useful tool we have in empathetic accuracy," Gurung said.

One study in the paper showed the most crucial aspect in correctly assessing someone's emotional state was systematic and deliberate thinking, Gurung said. In the study, researchers divided people into two groups and had each group respectively play up their intuitive intelligence or their critical thinking skills. When the same researchers tested which group was more empathetically accurate, the group that believed they were more systematic in their thinking were more accurate in assessing the emotions of others.

So, does that mean if someone can think critically about the emotions of people around them, they can become more empathetic?

Not quite, said Gurung.

While the new research shows deliberate thinking plays a crucial part in empathy, researchers aren't entirely sure what produces the best results. Moreover, "gut feelings,” which are usually associated with empathy, are more rooted in unconscious beliefs than we realize.

"One of the takeaway messages is a reminder that very often we are driven by stereotypes, we may have prejudices that are operating in an unconscious way," Gurung said. "Sometimes when we try to say, 'What are they feeling?' Without knowing it, we are actually relying on those stereotypes and those prejudices. That's when that intuitional gut feeling comes in. It feels like a 'gut feeling', but psychologically speaking, it's really a very automatic process."

Gurung said that while intuition and quick decision making serves an important purpose, slowing down and taking time can help in the long run.