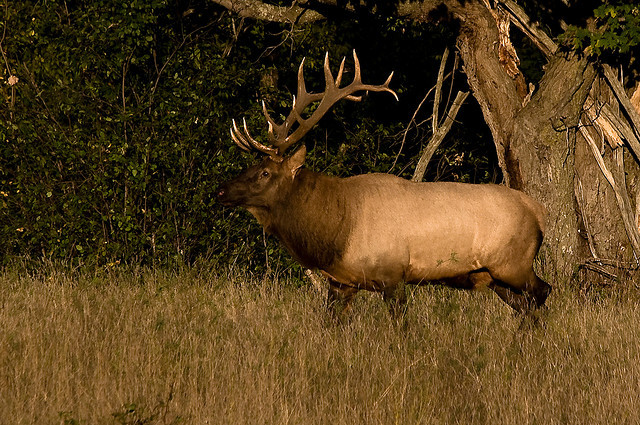 Indian Country TV is reporting that a Bull Moose elk has been killed and harvested by northern Wisconsin tribes. This is the first elk hunted since the herd was transplanted from Michigan in 1995.

A special ceremonial permit was issued by the Great Lakes Indian Fish and Wildlife Commission Thursday to an intertribal hunting party. In a release Thursday from GLIFWC, the permit was issued "to fulfill their cultural obligation to the earth."

DNR Secretary Cathy Stepp wrote a letter to the tribes earlier this week, vigorously protesting the hunt, saying it is straining relations between the state and tribes.

The elk was taken by the Lac Courte Oreilles hunting team in the past 24 hours. It will be part of a feast and ceremony at the Bad River Reservation sometime in the next three days.