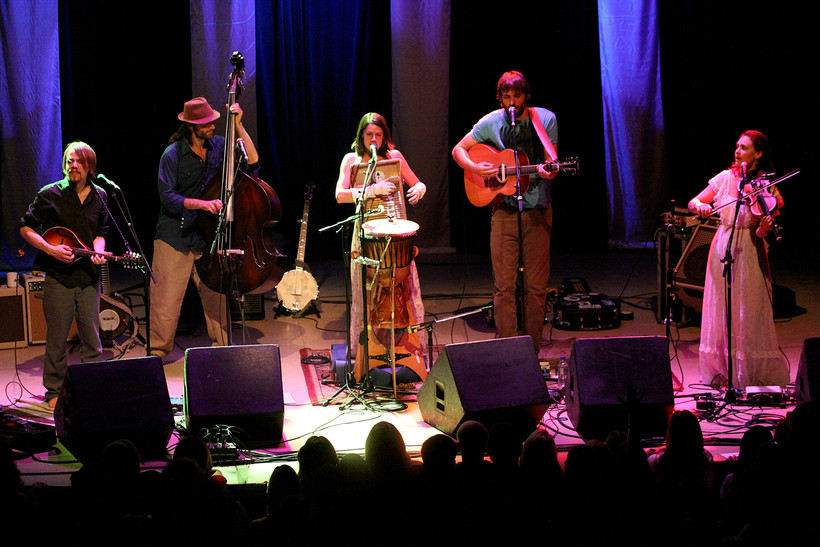 Elephant Revival Tune 'Pasture' Made To 'Rock The Earth'

From its opening notes, "Pasture," by the band Elephant Revival, dances through the speakers with a percussive melody from a mandolin, followed up by its duet partner, the fiddle. The band shared this wonderful instrumental during a 2013 in-studio performance and interview with "Simply Folk's" Stephanie Elkins.

Originally based in Colorado, the string band was together for about twelve years before breaking up in 2018. Known for its progressive roots sound, the band also shared "a commitment to responsible stewardship of the planet and its inhabitants," supporting groups like Conscious Alliance. During their interview with Elkins, they said, "We like to try to give back ... and rock the Earth also."

Even though they stopped performing as a band a few years ago, the former members are still making music individually, including a new album out this past fall from guitarist and Daniel Rodriguez, titled "Sojourn of a Burning Sun."

The WPR studio version of "Pasture" was included in "Simply Folk’s" 40th anniversary CD collection. This tune rounds out the playlist list of songs from the album, and you can download all 19 tracks from the album here.