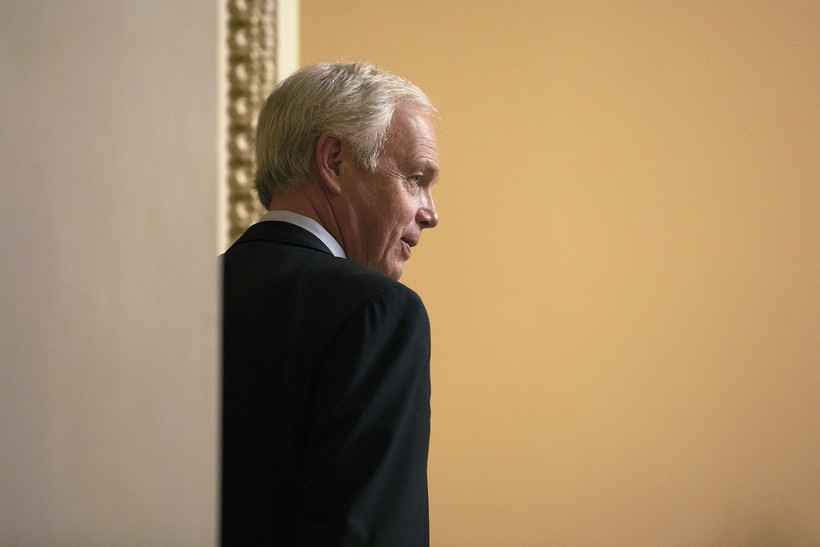 Just months before an election where voters are focused on the coronavirus, protests, and double-digit unemployment, Ron Johnson, Wisconsin's Republican senior U.S. senator, is preparing to release an investigation into events from nearly four years ago, with a focus on the president's political opponent.

Johnson's investigation, which has been championed by President Donald Trump, centers on the transition of power between the Trump and Obama administrations, reviving arguments that have been largely dormant since Trump's impeachment trial and acquittal earlier this year.

Democrats say Johnson's investigation is a naked attempt to smear former Vice President Joe Biden, their party's presumptive presidential nominee, on the eve of the election — a move they warn could feed Russian attempts to sow chaos in America's democracy.

"I also worry that this could become the 2020 version of Hillary Clinton's emails," said University of Michigan law professor Barbara McQuade, a former U.S. attorney for Michigan who was appointed by former President Barack Obama. "That there's no 'there' there, but if there's just enough of an investigation, it gives President Trump enough to talk about it."

Trump offered a glimpse at a possible line of attack earlier this year when he praised Johnson and coined the term "Obamagate," but mostly it's been Johnson doing all the talking as he describes the investigation in the gravest of terms.

"This is a serious, serious internal attack and assault on our democracy. The most serious, possibly, in our history," Johnson said during a May interview on Fox News. "We're not going to ignore it. I'm going to get to the bottom."

Johnson chairs the Senate Committee on Homeland Security and Government Affairs, which granted him subpoena power earlier this year to conduct the investigation. The probe focuses on Biden on at least two fronts.

One involves what's known as "unmasking," a process that happens all the time in the upper reaches of the federal government and the U.S. intelligence community.

The U.S. is constantly spying on hundreds or thousands of foreign targets or agents. In the process, it might intercept phone calls, texts or emails with U.S. citizens.

These names get written into intelligence reports using obscure terms, like "U.S. Person 1," but high-ranking government officials can ask to reveal, or "unmask," the person's true identity.

On Jan. 12, 2017, Biden unmasked the name of Michael Flynn, Trump's former national security adviser who went on to plead guilty to lying to the FBI in special counsel Robert Mueller's probe of Russian election interference. The U.S. Department of Justice, under the leadership of Attorney General William Barr, dropped its case against Flynn earlier this year.

There was nothing illegal about Biden unmasking Flynn's name, and normally, the public wouldn't know about it, but it was made public through a joint effort between the Trump administration and Johnson.

According to documents released by Johnson and Iowa Republican U.S. Sen. Chuck Grassley, it was Richard Grenell, Trump's former interim director of national intelligence, who helped surface the information.

Grenell, a longtime GOP campaign operative known for his combative style and fierce partisan loyalty, ran the nation's spy agencies for about three-and-a-half months this year before leaving the post in early June.

On May 1, Grenell asked for a list of any officials who submitted unmasking requests between the day Trump was elected and the first days of his administration. Biden's unmasking request was on the list, which Grenell declassified on May 8.

It was around this time that Trump himself began to encourage the investigation. On May 10, he tweeted "OBAMAGATE!" without explanation. Pressed on May 11 to explain what he meant, Trump offered no details.

On May 13, Johnson and Grassley publicized the declassified unmasking list with Biden's name on it. That same day, in an interview with Fox News, Johnson called Grenell a "hero," and said Biden's unmasking request raised questions.

"It is, from my standpoint, pretty curious that the vice president of the United States would be requesting unmasking, in this case of General Flynn, eight days before he left office," Johnson said.

The other front in Johnson's investigation involves Biden's son, Hunter Biden, who served on the board of Ukrainian oil company Burisma while Joe Biden was vice president.

"It's not our fault that Joe Biden and Hunter Biden got wrapped up in the whole Ukrainian story," Johnson told Fox News on March 5.

Johnson is hardly the first prominent Republican to call for the investigation. On July 25, 2019, Trump himself made his now-famous phone call to the president of Ukraine asking him to investigate Biden's son, a call that was at the foundation of Trump's impeachment trial.

There's been no public evidence that Hunter Biden did anything illegal or that Joe Biden acted in ways that would benefit Burisma.

While Joe Biden was sharply critical of Ukrainian government corruption when he was vice president, that position was widely held in the U.S. government. For example, in 2016, Johnson signed a bipartisan letter supporting efforts to help root out "entrenched corruption" in Ukraine.

Johnson's office did not respond to a request for an interview with Wisconsin Public Radio. He told the Milwaukee Press Club on June 26 that he could release the results of his investigation in late July or early August.

In recent days, Biden's campaign has aggressively attacked Johnson, suggesting he could be on the receiving end of a disinformation campaign that originates in Russia.

"Senator Johnson is not only diverting the Senate Homeland Security and Governmental Affairs Committee away from oversight of Donald Trump's failed response to the coronavirus outbreak as the pandemic spirals even further out of control, not only engaged in total hypocrisy by virtue of his years-long support for the anti-corruption victory Vice President Biden delivered in Ukraine, and not only advancing the interests of Russia in a manner that is openly distressing to his Republican colleagues -- but he has also revealed his complicity in a foreign attack on the very sovereignty of our elections," said Biden spokesman Andrew Bates in a written statement.

On July 13, Democratic congressional leaders asked the FBI for a counterintelligence briefing, citing concerns that "Congress appears to be the target of a concerted foreign interference campaign." While their request did not mention him by name, Politico reported that the letter was in response to Johnson's investigation.

Johnson and Grassley responded with their own letter on July 28, calling the Democratic efforts "the very definition of a disinformation campaign."

McQuade, the former U.S. attorney, said there's nothing inherently wrong with Johnson using his committee to lead an investigation like this. But McQuade worries it could be an attempt to cast doubt on Russian efforts to interfere in the 2016 election, which are well documented in the U.S. intelligence community.

"It does seem like dredging up something that we've already resolved," McQuade said.

Despite the timing of the investigation, Jessica Taylor with the Cook Political Report said she doubts it will sway swing voters who care more about the government's response to the coronavirus, protests and the economy.

"I think this is an investigation that can rally conservative voters, but those voters were largely with President Trump beforehand, and I think subsequently with Sen. Johnson," Taylor said.

Taylor says it feels like an attempt by Johnson and Trump to change the narrative in 2020.

"But I think that elections are very much a referendum on the incumbent," Taylor said. "And this is not 2016 when President Trump was sort of the outsider candidate. Now he is the president."