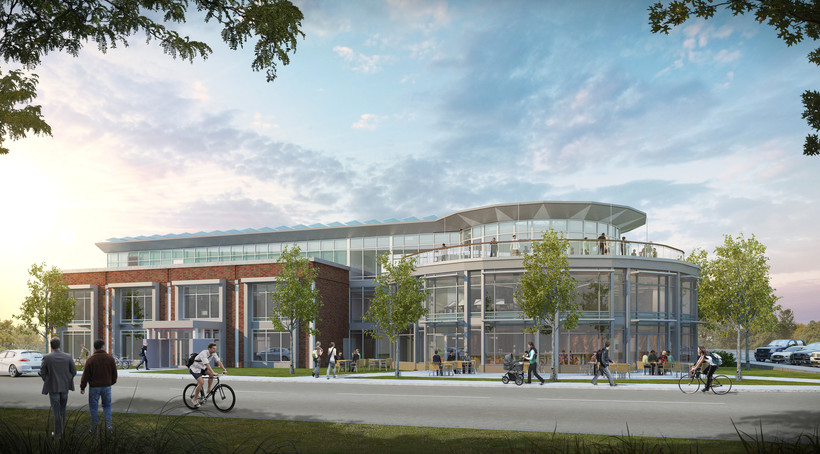 The building on the Wisconsin Rapids riverfront is distinctive for its circular shape on one side. Built in 1960, the 20,000-square-foot space is the former home of the city’s daily newspaper as well as two radio stations.

But ever since the Wisconsin Rapids Daily Tribune moved to different office space about a decade ago, it’s been vacant. In 2012, the Incourage Community Foundation bought the building and used it to launch an ambitious community engagement project they hope will transform the space, and even the city.

That project got a boost in the state budget signed into law by Gov. Tony Evers on July 3. The Tribune Building Project received a state grant worth $3 million that leaders say will help advance the project and make it easier to obtain new private grants.

From the start, the project was meant not just to remake a building but also to help residents see their city in a new way.

"What we felt strongly was that the people that live in our community or any community need to be engaged in shaping the kind of community that they want in the future," said Incourage executive director Kelly Ryan.

Wisconsin Rapids had faced a trauma in 2000 when its largest employer, the papermaker Consolidated Papers, was sold and moved to Finland. In the wake of a turbulent decade of change, Ryan said the Tribune Building Project was about transformation.

Incourage "made the commitment to really share and turn over the responsibility for determining what would happen in that place to the people who live in our community," Ryan said.

The group held brainstorming sessions and engagement events, taking feedback from more than 2,000 residents. The community came up with ambitious plans for the space that include:

They’ve partnered with workforce development organizations, Mid-State Technical College and the University of Wisconsin-Stevens Point to make plans for the space to serve as a job training site and a resource for entrepreneurs. For example, Ryan said the site’s microbrewery will be connected to an education program — the state’s first official apprenticeship program in brewing.

The project has taken years of development, and will require additional fundraising to supplement the state grant. All told, the project has a price tag of about $15 million. Ryan said Incourage has about $7.5 million more to raise.

Incourage board chairman Kristopher Gasch said the organization understood it to be a long-term project.

"At its core, Tribune is really about transitioning an economy, and we recognize that that’s not something that’s going to happen overnight," Gasch said. "It’s long-term work."