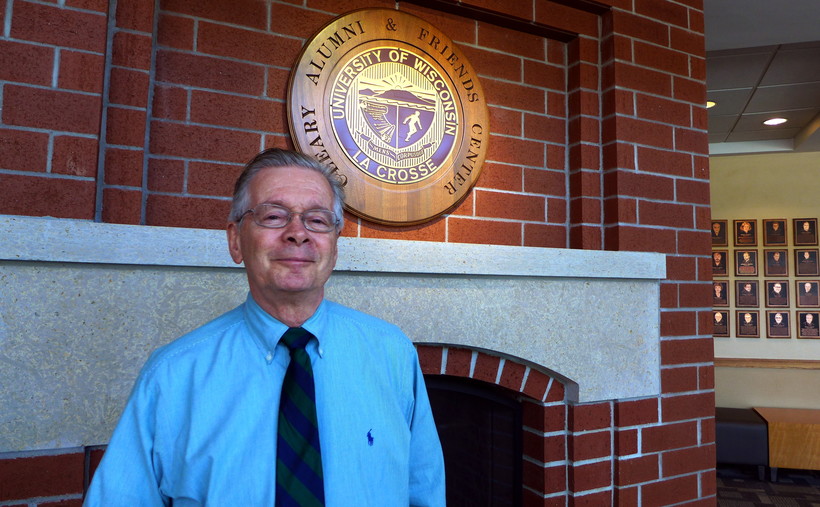 Joe Heim is a UW-La Crosse political science professor emeritus. He says the Legislature removing tenure is a slap in the face to faculty across the UW System.

Board Of Regents To Meet This Week To Vote On Tenure Protections
By Maureen McCollum
Share:

The University of Wisconsin Board of Regents is expected to finalize a policy on tenure for UW System faculty by the end of this week, after lawmakers proposed changes to the state's tenure laws last Friday. Proponents say the changes would give university leaders better oversight of their employees, but the proposal has also made educators worried about the future of the state’s schools.

Sara Goldrick-Rab has a lot of frank conversations about college affordability. As a UW-Madison professor of educational policy studies and sociology, she talks about who benefits from the high cost of college and how to make tuition more affordable.

"It ruffles a lot of feathers and to be quite honest, it ruffles the feathers of my employer," she said.

Goldrick-Rab said that after receiving tenure in 2011, she felt more comfortable knowing she could not be fired because of her ideas: "And it’s only because I’ve had tenure that I have been enabled to feel free to speak on critical issues that help the people of Wisconsin."

The road to tenure isn’t easy. During a rigorous review, faculty have to prove they’re exceptional teachers, publish research and participate in public service.

While most universities have tenure policies, Wisconsin is the only state to have it written into state law. Essentially, tenured faculty can only lose their job during a financial emergency or due to poor performance. Data courtesy of UW System. Note: Of the non-tenured faculty, 1,952 are on a tenure track.

But now, some Republican lawmakers want to eliminate tenure from the state law. Sen. Sheila Harsdorf helped craft a budget motion that includes changes to tenure that was approved by the Republican majority at last week’s Joint Finance Committee meeting.

"We are not eliminating tenure. We are moving it to the Board of Regents and they are going to have the ability to write policies on tenure," she said.

The Board of Regents passed a resolution in March to protect tenure, but since future regents could change the policy at any time, concerns remain. UW President Ray Cross said in a statement last week that a tenure policy will be developed immediately and that the work of a tenure task force will continue. He's said in the past that tenure changes are needed.

Others are worried about another proposed change: Provision 39 from the JFC's UW motion, which would allow tenured faculty to be fired for non-budgetary reasons.

Joe Heim is a UW-La Crosse political science professor emeritus who received tenure in the 1970s. He said the provision could give chancellors and the Board of Regents the power to eliminate programs and faculty because of declining enrollment or market forces.

That change is too risky for UW-Madison professor Sara Goldrick-Rab. She said her department is small and could be an easy target.

"This massive change to the conditions of my employment overnight would suggest that not only are we not valued, but we’re in danger. I don’t think that I can put myself, my family, or my employees through that kind of risk. So yes, I am looking for a new job," she said.

Goldrick-Rab may not be the only one looking for a job outside of Wisconsin. Noel Radomski, who directs the Wisconsin Center for the Advancement of Postsecondary Education at UW-Madison, said changes to tenure, paired with low salaries and biannual budget cuts, are causing top professors to look elsewhere. He said ultimately, the UW System's reputation will suffer.

"We have had cuts. Don’t get me wrong, the cuts are really bad. But we’re talking about the quality of an institution, quite honestly, is based on the quality of your faculty," said Radomski.

He argues that changes to tenure will make it harder to recruit talented faculty, and that other universities will start poaching UW faculty, attracting them with higher salaries, tenure, and stable state support.