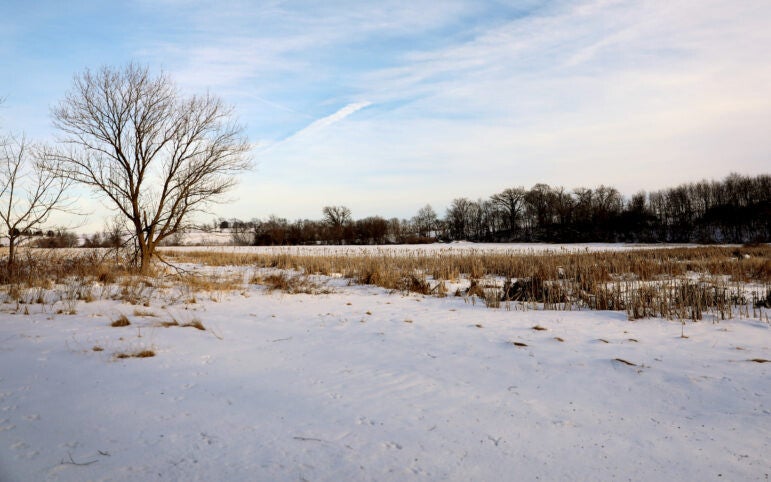 The property of husband and wife, Peter Minucci and Cindy Blanc, is seen on Feb. 15, 2019, in the town of Jefferson, Wis. From this spot on her property, Blanc says she would be able to see four wind turbines on the other side of the ridge, each nearly 500 feet tall with flashing lights on top. Emily Hamer/Wisconsin Center for Investigative Journalism

Development Would Have Been Sixth-Largest In Wisconsin
By The Associated Press
Share:

The developer of a controversial wind farm in Green County has scrapped plans for the project.

EDF Renewables had planned to build 24 turbines in the town of Jefferson near the Illinois border.

The wind farm, one of only a handful under development in Wisconsin, would have been the sixth-largest in the state, with a capacity of 65 megawatts.

Participating landowners have received letters notifying them that EDF Renewables was terminating its lease agreements. The developer did not say why.

Opponents of the project feared it would affect property values and health.