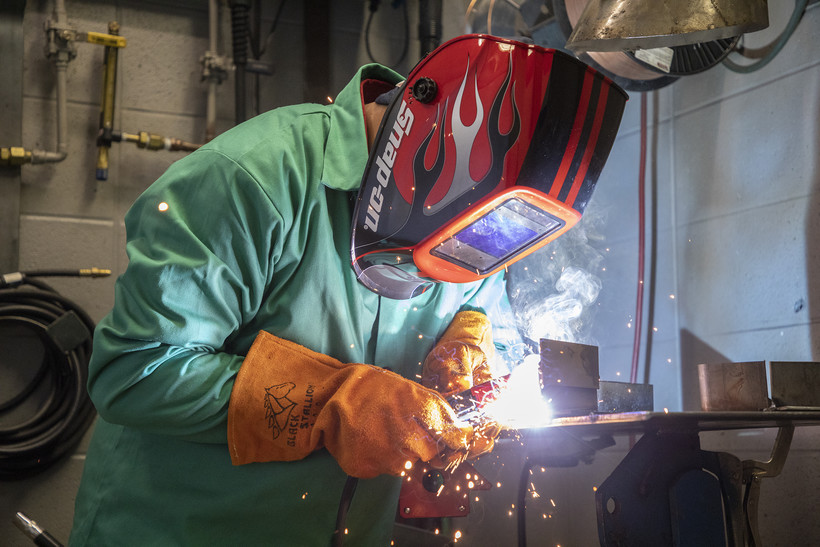 Enrollment at Wisconsin's technical colleges has declined by 20 percent since the Great Recession but the head of the state’s 16 two-year campuses isn’t surprised and says it’s a reflection of the state’s economic recovery.

"That's a pretty standard trend, if you will, for technical college enrollments," Foy said. "When the economy is not doing well, our enrollments tend to be high. As the economy over the last 10 years has gradually improved, we have seen incremental declines in our enrollment."

A look at national enrollments at two-year colleges shows a similar trend to what the state’s technical colleges have faced. According to the National Center for Education Statistics, the nation's two-year campuses had around 1.7 million fewer students in 2017 than they did in 2010, which works out to a decline of 22.6 percent.

And while public and private four-year universities work to prepare for a projected 15 to 25 percent decline in the number of college-age students by 2026, Foy said technical colleges are somewhat insulated.

"When they talk about college-age students in the four-year university or college sector they’re really referring to 18- to 24-year-olds," said Foy. "And those students make up a minority of technical college students."

Foy estimates the average age of students at the state's tech colleges is around 27 to 28 years old. She said the vast majority of students work at least one job and many are supporting families.

"So, we don’t have this sort of immediate dependency on that population for our enrollment numbers whereas a four-year university, (18- to 24-year-olds) might comprise the vast majority of their undergraduate students," said Foy.

Nathan Grawe, an economist at Minnesota's Carleton College, studies enrollment trends in higher education and his book, "Demographics and the Demand for Higher Education," paints a bleak picture for four-year institutions, especially smaller, private universities that are heavily dependent on tuition revenues.

"Two-year colleges have a little bit of a buffer against those kinds demographic changes because they also do teach a large number of adult learners," Grawe said. "So, they’re not as beholden to one particular generation of students."

But Grawe said while enrollment declines due to economic cycles may be expected by technical colleges, they do have impacts on institutions.

"Technical colleges and two-year colleges experience much more volatility in their enrollments, which isn’t to say it isn’t a challenge," said Grawe. "I think if you asked administrators, they’d be happy to tell you that it raises some challenges in making sure they meet the demands of their communities."

Wisconsin Technical College System President Foy said they are paying attention to the decline in college-age students in Wisconsin. But she said a looming wave of retirements is causing more internal discussions.

"What does concern us in the tech colleges is the fact that Wisconsin's available labor market, so the pool of folks that are available to contribute to our economy, is on the decline," Foy said.

While technical colleges are already known for offering flexible class schedules, foy said, the WTCS system will need to double down on those efforts to reach out to populations of students underserved by higher education.

"So, folks who have been incarcerated, folks who have been chronically under-employed, folks that have low income, returning veterans who maybe need to make a career change or need additional support to complete a college program," said Foy. "We just can’t afford right now — because of our demographic challenges— we just can’t afford to just say those populations aren’t worth the effort because we absolutely need them."

Of the 314,835 students enrolled at Wisconsin Technical College System campuses in the 2017-2018 school year, 18.5 percent were considered economically disadvantaged.  In its 2019-2021 state budget request, the system requested an additional $46 million in state grants to pay for need-based financial aid. Gov. Tony Evers and lawmakers agreed and provided $45.9 million.