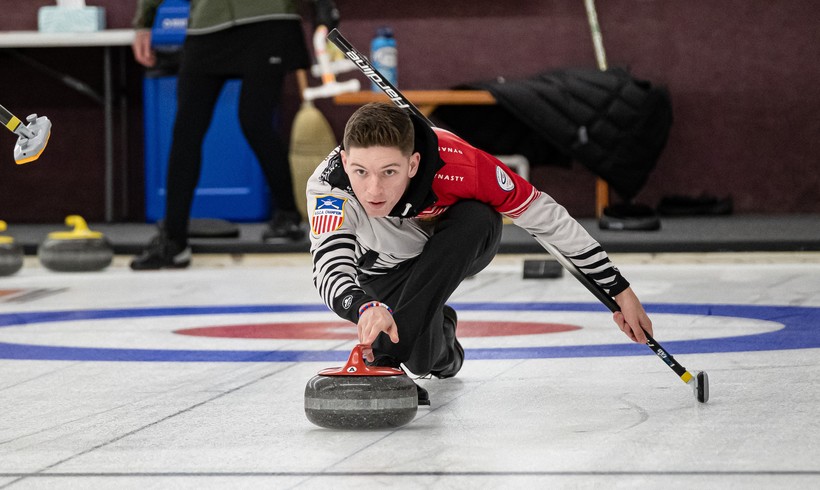 Eau Claire Teen To Represent US In Youth Olympic Curling

You could say 17-year-old Charlie Thompson was destined to curl.

Seventeen years ago, just after Thompson's birth, his grandfather convinced his father to start curling by promising it'd be complemented by beer and camaraderie.

Thompson's father got swept up by the sport, and introduced his son to the ice. Pictures of Thompson, now a junior at Eau Claire Memorial High School, sliding on ice at age three bears that out.

After having curled competitively for only five years, Thompson is in Lausanne, Switzerland, preparing to compete in the 2020 Winter Youth Olympic Games. Thompson is part of a four-player curling team gearing up for the games that start on Thursday, Jan. 9.

A qualifier was held in October in Denver, during which 11 teams competed for the chance to represent the U.S. in the youth Olympics. That was a challenge at first, Thompson said, because he only met the other three people on his team at their first practice.

Thompson put the team together based on name recognition and seeing their talents firsthand.

"We're the most diverse group you could ever imagine," he said. "We come from very different backgrounds, we have very different attitudes about a lot of things. It was a real process."

Thompson said coming into the qualifiers, his team was a heavy underdog. After losing a game in the open qualifiers, the team rebounded to beat the resounding favorites and win the finals.

"Things clicked better than we could possibly hope for," he said.

Thompson isn't the only Eau Claire resident headed to the Olympics this year. Landon Lee, a 17-year-old North High School junior, will participate as a ski jumper in the games on Jan. 19-20.

The youth Olympics feature 81 different competitions at eight venues over 13 days. The events call together 1,880 athletes, with an equal number of boys and girls. Similar to the adult Olympics, these games occur every four years for athletes who range in age from 15 to 17.

Thompson is among good company in the sport of curling in Wisconsin. In 2018, siblings Matt and Becca Hamilton, of McFarland, competed in the adult Winter Olympics, placing sixth as a team in mixed doubles and playing on the women's and men's teams, which finished fifth and first, respectively. 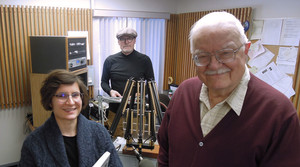 Curling Junior Olympiad, Theater Director & Theater Arts Look Back- Eau Claire Memorial High School student Charlie Thompson, who will represent Team USA in the Youth Winter Olympics, was a guest on “Spectrum West.,” This week also featured and interview with the director of an upcoming Eau Claire Children’s Theatre production, and a conversation looking back at the past year in the local arts scene.