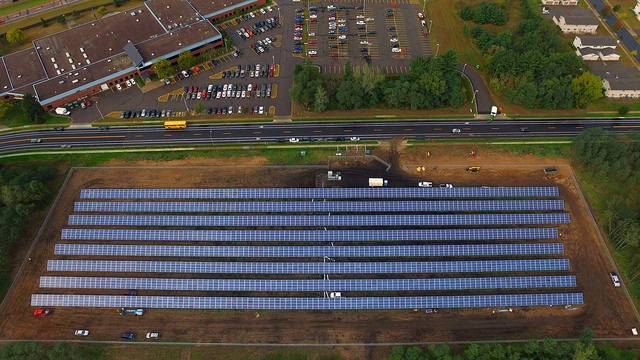 A Nonprofit Backed By The US Department Of Energy Applauds City For Making Solar Transition Easier For Homeowners
By Rich Kremer
Share:

A nonprofit organization called SOLSMART, which is funded by the U.S. Department of Energy has awarded Eau Claire with its top honor for easing the transition to solar power for homeowners.

SOLSMART is a group that encourages municipalities to reduce what it calls "soft costs" associated with the installation of solar panels and related infrastructure on peoples' property. For Eau Claire, Associate Planner Ned Noel said that meant getting the city council to enact solar specific rules that weren’t on the books prior to 2015.

"The ordinance really clarifies expectations for development of solar, whether it’s on a rooftop or on the ground," said Noel. “"t also is very solar friendly from the point of view that there’s not a lot of cumbersome ordinances or special permits that are needed."

Eau Claire is one of just 53 municipalities to reach SOLSMART’s gold level, ranking it among much larger cities like Chicago and New York. Madison and Milwaukee are the only other Wisconsin cities on the list.

"By having this designation at this elite level sends a signal to those folks that are aware in the solar industry that, OK, Eau Claire is a place that embraces solar that makes it effective to do that work here," he said.

Over the last year the Minneapolis-based utility company Xcel Energy built a 3,000 panel solar garden in a city industrial park capable of generating one megawatt of electricity.

According to Noel, Eau Claire has reached its goal of getting 25 percent of their electricity from renewable sources, mostly due to solar and wind generation from Xcel and other utilities in the area.