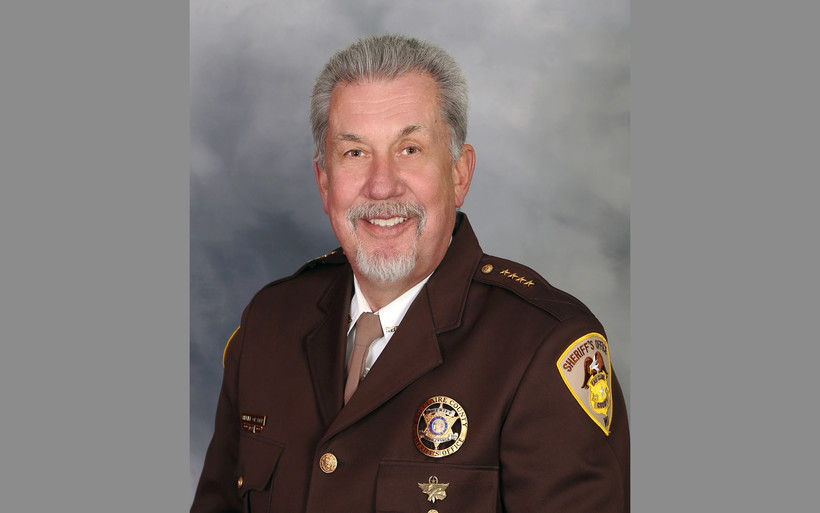 The death by suicide of the longtime sheriff of Eau Claire County is leading local leaders to call for expanded peer support and improved access to mental health services for people working in law enforcement.

Eau Claire County Sheriff Ron Cramer had been set to retire in January after 47 years working with the sheriff's department, including having served as sheriff since he was first elected in 1996.

Cramer died in September, but until this week, the department had not said what had caused his death. During a press conference Wednesday, Acting Eau Claire Sheriff Cory Schalinske said Cramer took his own life. He said Cramer's body had been found by a county employee conducting mapping along the Eau Claire River in the town of Seymore. A firearm was found at the scene.

In response to Cramer's suicide, Schalinske said the sheriff's office is expanding peer support efforts, where officers are encouraged to confide in one another if they're facing increased stress from work or other aspects of their lives.

"We can only imagine how many tragic and horrific scenes Sheriff Kramer responded to in 47 years of service," Schalinske said. "He was committed to his staff and understood the importance of self-care and taking care of each other."

"We've come to realize what our law enforcement officers see on a daily basis," Schalinske said. "And it is no longer acceptable for them to have to deal with it, get over it, take it home with them, or leave it at the office."

Four years prior, two officers from her department died by suicide within a span of five months. Labatore said she was a detective at the time and was asked by the department's chief about starting a peer support team.

She told Wisconsin Public Radio in addition to the stress of responding to high-stress situations like car crashes, murders or child abuse, many members of law enforcement also work second or third shifts, which can pull them from important family events.

"That stuff starts to wear on you," Labatore said. "And what law enforcement does is they just say, 'Well, I just won't sleep.' Once sleep is affected, every decision you make during the day is affected. So that is, I would say, where I see that it starts."

Labatore said the 2020 riots in Kenosha and anti-police sentiment has also been hard on officers.

For the past 12 years, Labatore has been teaching police and sheriff departments how to find and vet therapists who understand law enforcement culture.

"This is just ingrained in our department," Labatore said. "They hear about it literally the first day they get hired. We teach their families about it. We give their families numbers to call."

She's also worked with the Wisconsin Department of Justice to train other departments in the state about peer support and connecting with mental health professionals.

Data on suicides within law enforcement is limited. Blue H.E.L.P is a nonprofit dedicated to reducing mental health stigma in law enforcement. Since 2016, the group has compiled a list of 1,144 officer suicides. Labatore believes the true number is well higher.

Research compiled by the American College of Emergency Physicians shows law enforcement officers have a 54 percent increase in the risk of suicide compared to civilians and that many more officers take their own life than by any other fatal incidents in the line of duty.

"I don't care if it's one person that took their life," Labatore said. "That person's life mattered to somebody. I think it really shocks the general public when they realize how much we take our life versus the bad guy taking our life."

Finding timely mental health counseling is challenging for departments, Labatore said. The Wisconsin Department of Health Services estimates all but 17 of Wisconsin's 72 counties needed between one and 10 additional psychiatrists to meet demand in 2019.

Labatore is trying to change that. In 2019, she created the Clay Davison Legacy Scholarship in memory of her son. It provides grants to Kenosha area residents pursuing mental health degrees in college. This year, $3,400 went to two high school graduates.

"If I had a wish list, it would be getting more people wanting to go and be therapists and help law enforcement," Labatore said.

In Eau Claire, Cramer's wife Cheryl held back tears at the press conference Wednesday as she thanked the community and law enforcement for their support following her husband's death.

"The entire Eau Claire community and Ron's law enforcement family lost an instrumental leader and my family shares our grief with you," she said.