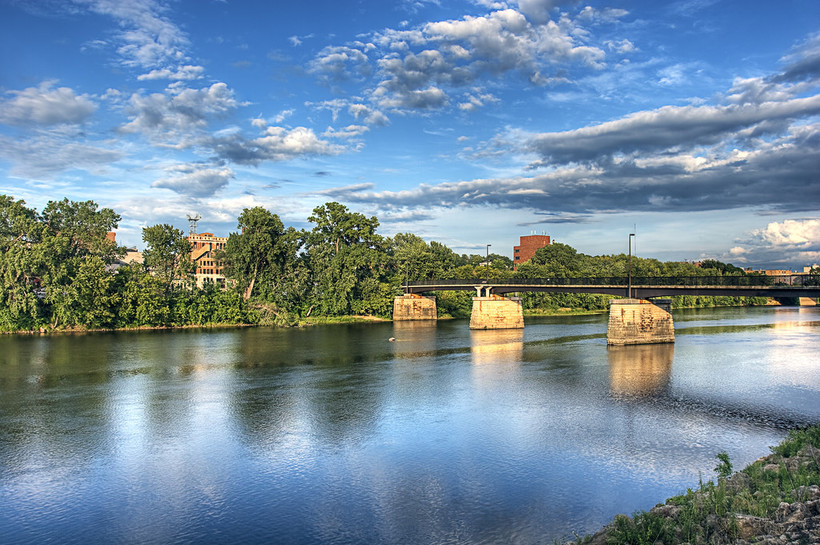 Two ordinances are being considered in Eau Claire that would outline a plan for how health officers respond to communicable disease outbreaks. The measures would permit fines for those who violate the orders.

Opponents say the ordinances give too much power to an unelected official, but city attorney Stephen Nick said the health officer won't have any more authority than what's provided under state statute.

The communicable disease ordinance that the Eau Claire County Board will take up on Oct. 20 and a similar ordinance that the city will vote on next week, provide a plan for how health officers respond to disease that threatens lives of people in the community and authorizes that orders that apply to the entire city or county are enforceable, meaning fines can be doled out for those who violate the orders.

Both the county and city are considering the ordinances because the health officer works for both entities as part of the Eau Claire City-County Health Department.

The ordinance would give the health officer — currently Lieske Giese — power to apply orders generally and the local police and health officers the ability to assess fines of up to $200 per incident if they violate the order.

"In this area, and all others, it's one thing to have a state law, but if we want to issue citations at a local level — if we think that's necessary to ensure compliance with public health standards — we need to have local ordinances on the books in the city, in the county, on which to base those citations," said Stephen Nick, Eau Claire city attorney.

Wisconsin is now a hotspot for COVID-19. Parts of the state have seen a 25 percent increase in the number of cases compared to two weeks ago and a nearly 200-percent increase in deaths during the same time period. While the ordinance could guide orders written for COVID-19, the ordinance relates generally to any kind of pandemic or disease emergency.

It would apply to the city and county's current health order related to COVID-19 and it would ensure that other governing bodies in the city and county have a say in whether this and similar orders continue or are killed. Those safeguards are in place so that one person isn't given absolute authority, said Jenessa Stromberger, assistant city attorney.

The role of local health officials has come under scrutiny after the Wisconsin Supreme Court overturned Gov. Tony Evers' safer-at-home order in May and left control over health emergencies largely in the hands of local governments. State statute provides some oversight to some extent, saying that public health officers should do "what is reasonable and necessary" to control spread of disease in a community.

In Sheboygan County, the board rejected a similar public health ordinance to Eau Claire's after members of the public decried it as an overreach and an assault on personal liberties.

Brown County is asking its voters for insight into whether the state statutes should be amended to give county boards the ability to overturn actions by county health officials to limit citizens or businesses in an advisory referendum that will appear on the Nov. 3 ballot.

Since the ordinance was first announced in September, community members, business groups and others have railed against the ordinance for a variety of reasons, and some businesses have been on the receiving end of a campaign set on drumming up opposition to the ordinance.

On Monday, several businesses were spammed with fake notices saying their business has been placed under quarantine. The placards that appeared on the doors of businesses were copies of a page from a 60-page document from the Wisconsin Counties Association that was released earlier this summer to give guidance to counties regulations related to communicable diseases, and addresses all of the health officer's authority.

"People are seeing this and think that that is what the council and board are considering," Stromberger said. "If they're concerned about isolation and quarantine, then they should read the ordinances very carefully because this does not address that authority at all."

The Eau Claire Chamber of Commerce issued a statement Monday saying the ordinance is too broad and ambiguous, and was drafted without input from business communities. The statement recommended that the city and county go back to the drawing board and rewrite the ordinance.

"(It) ensures a robust amount of public information on what the order is, what local conditions are necessitating it and the best scientific information on which it's based, along with legislative oversight — the opportunity for the public to provide feedback to their elected officials at the city council or county board that if they disagree with those orders, that they can voice them to their elected officials and the city council or the county board can do something about it, if they also disagree with those orders," he said.

Tim Sullivan, attorney for the county, said he questions whether people have read the ordinance because their comments about it, such as the fear that the health officer will have an ability to take their children away from them, don't correspond with the language of the ordinance. Nick said they've rebutted misinformation from people concerned that this ordinance gives the health officer the authority to force a child to have a vaccine, force a person to stay in their home or say that a business is contaminated and close it.