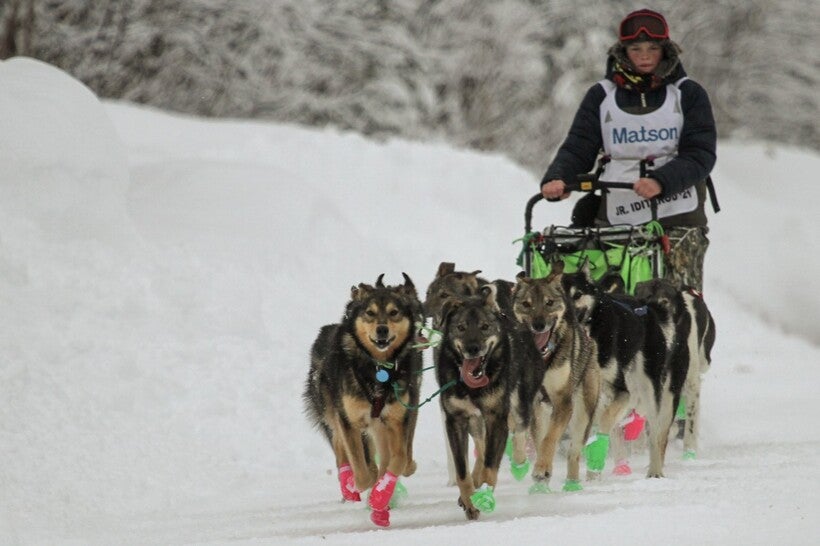 Sled dog racing has become a family affair for the Martens. Morgan Martens, 14, of Brule won the 2021 Jr. Iditarod held on Feb. 27-28 in Alaska. Photo courtesy of Julia Redington

Morgan Martens had a lot of pre-race jitters as he waited at the starting line of the Jr. Iditarod Sled Dog Race at Knik Lake, Alaska. It didn’t help that there was a 5.3 magnitude earthquake just before they were set to get underway. Martens stumbled and could hear the ice cracking beneath them.

"But, once you got out of the chute and was on the trail, it kind of all melted away," said Martens.

After a while, so did his competition as the 14 year-old teen from Brule led a pack of mushers most of the roughly 150-mile race held on Feb. 27-28 north of Anchorage. But Morgan’s mother, Janet, said they weren’t out there to win.

Dog mushing has been a family affair for the Martens. Janet had been racing sled dogs for fun long before Morgan and her daughter Talia, 20, were born. She remembers first placing Talia on a sled when she was just 11 months old and leading their husky shepherd along by a leash. Morgan ran his first race at the age of 6.

Talia was the first to take part in the Jr. Iditarod in 2018, finishing in ninth place. When musher Ryan Redington asked Morgan to race last summer, he said he couldn’t pass up the opportunity. Redington’s grandfather is the founder of the Iditarod, and the veteran musher trains his dogs in the fall near Ashland.

"When I started the race, I just wanted to finish with a team of happy, healthy dogs," said Martens.

Emily Dinges, president of the race’s board of directors, said Martens was the wild card in a group of 10 mushers who took part in this year’s Jr. Iditarod because all the other youth were from Alaska. She noted many of the mushers, including Martens, were doing the race for the first time.

"A lot of things that the junior mushers are doing are behind the scenes. You don't see them when they're training. You don't see how hard they're working, you don't see the time commitment," said Dinges. "Jr. Iditarod is really their time to shine."

Eau Claire resident Terrie Hanke, a former physical education teacher at Eau Claire North High School, has been chronicling the stories of kids who compete in the Jr. Iditarod for about a decade. To her, the race provides an opportunity for youth to develop character and gain useful experiences they can apply throughout their lives. 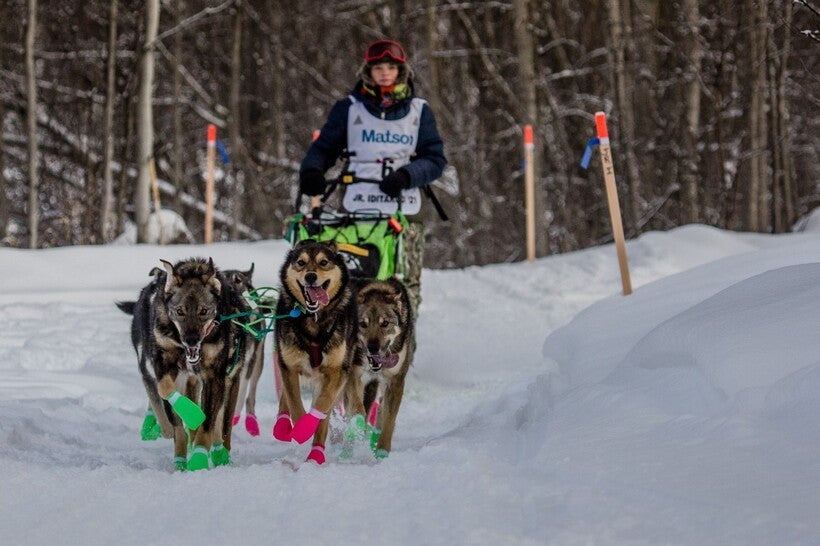 Martens' path to victory was anything but easy. The Brule teen trained night and day with his sister Talia and Redington leading up to the race. They made long runs with their sled dogs and Redington’s team on nearby trails within Bayfield County and the Chequamegon-Nicolet National Forest.

"They would go out 40 miles, and then they would come back and rest like three hours, and then go out again another 40," said Talia.

During the COVID-19 pandemic, Morgan has been doing online learning at Northwestern Middle School in Maple. Since his classes were recorded, the eighth grade student would do his homework late at night so he could go on runs during the day.

Janet admits she was nervous about her son doing the race. But, she grew more confident after seeing how Morgan handled the dogs and set up camp during one 50-mile training run through the national forest.

After months of preparation, the family had to navigate COVID-19 restrictions as they flew to Alaska for the race.

"We had to have a test within 72 hours of flying, and so we were kind of on pins and needles waiting for test results, but they all came back negative," she said.

As for the race, Morgan and the dogs had to jump over fallen trees and contend with wind gusts of up to 25 mph. He said the hardest part was a roughly 30-mile stretch of swamp with snow drifts three feet deep that slowed their progress.

But, after 27 long hours, he and his team of Redington’s dogs crossed the finished line nearly a half hour ahead of the closest musher.

"It was pretty amazing to see my friends and family up there and cheering me on with their posters," he said.

Meanwhile, his dogs were barking and lunging — ready to keep going.

Now that the race is over, both Morgan and Talia are eyeing other races, including the Junior John Beargrease Sled Dog Race in northern Minnesota and the Apostle Islands Sled Dog Race in Wisconsin. Talia is weighing whether to race in the Iditarod in two years.

For now, Janet said they’re taking it one day at a time.

"But, they both love it, and they love the dogs, so there's a good chance," she said.

The Jr. Iditarod provides $20,000 in scholarships for the top five finishers in the race. Dinges said Martens will receive a $6,000 scholarship that can go toward education or training.