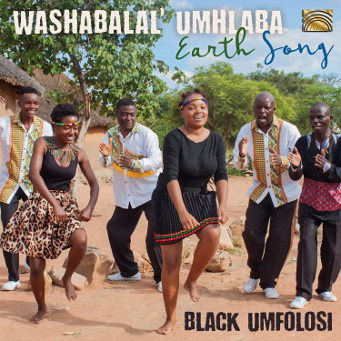 Black Umfolosi are a 38-year-strong performing group from Bulawayo, Zimbabwe. They have been referred to as Zimbabwe’s Vocal Newspaper and Cultural Ambassadors due to their international success since the group was founded in 1982, and for their commentary on the environment, culture and wish to unify mankind:

“Our music is not only a form of entertainment but a means to spread love and peace. There is a need for racial and social injustices to be alleviated. We support the Black Lives Matter movement because o ur concern as musicians and world travellers is that this would be a lovely world if there was peace, respect and love at the forefront of every human relationship. We embrace cultural differences and do not see people for the race they belong to; we see diversity amongst humans as something beautiful. Music unites everyone from different ethnic backgrounds, race, gender and age, and just as our music is impactful without colour, so should be everything else.” – Thomeki Dube, Black Umfolosi

The opening track of Earth Song is a prayer for success in Coming Your Way: “time for happiness… Let our footsteps last forever…”. Usemafini follows, a beautiful call-and-response gospel song that glorifies the “Creator of Heaven and Earth, the Beginning and the End ”.

Washabalal’ umhlaba, the title track, is for the preservation of the planet and our environment: “There are other generations to come after us and we can achieve a better earth by taking care of our environment because it takes care of us”.

Ihoso Beat is an energetic mix of drums, shaker, clapping and whistling all in the style of Amabhiza, a traditional dance from Zimbabwe’s Kalanga people.

The song that first put the band on the map was the 2012 release of Unity which is renowned and loved in Zimbabwe. The track is often used for commercials on Independence Day due to its message of uniting all people and the importance of peace for development to take place. The message of the song is based on an African Proverb which is the ongoing ethos of Black Umfolosi: