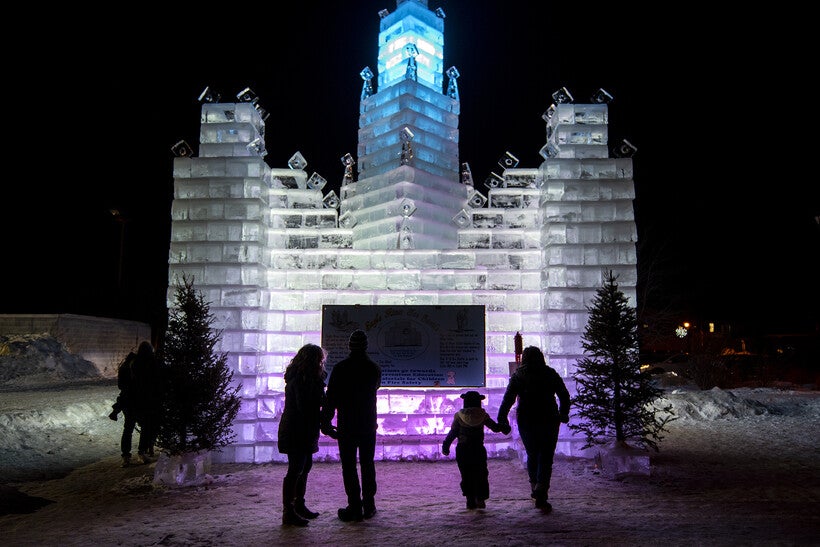 The window to build the Eagle River ice castle is short. To have it done before the annual snowmobile tournament that brings thousands to the Northwoods community in mid-January, the ice on Silver Lake needs to be around 12 inches thick by the New Year.

This year, the winter weather cooperated. After dozens of local volunteers spent days cutting, hauling and stacking the massive blocks of ice, the castle opened to visitors for the first time since 2018. It's a winter attraction for Eagle River, and a point of pride for the community. At night, colored lights illuminate its bricks. 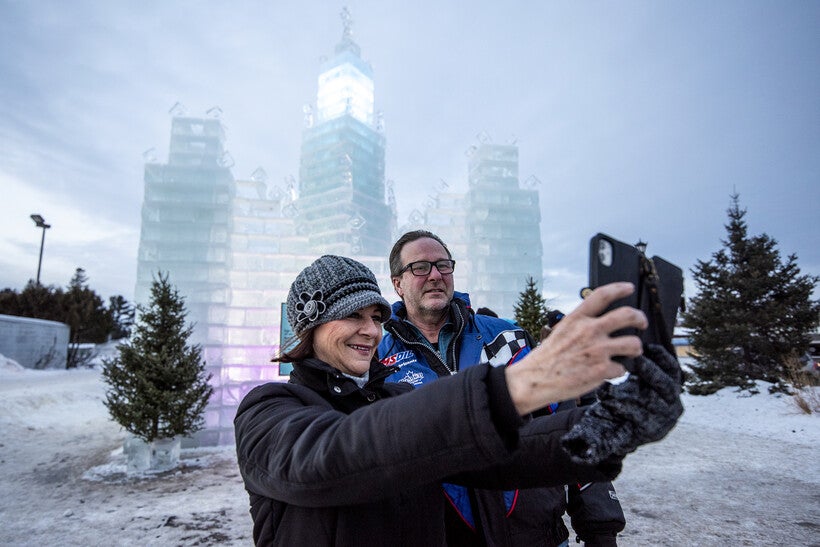 The design and construction is overseen by the fire department. Chief Michael Anderson has a scale model of the castle made out of Lego bricks — about 2,000 pieces in all. Each one corresponds to one of the ice blocks that make up the 33-foot-tall tower in the castle's center, surrounded by 10-foot walls.

"It's a true community effort," Anderson said. "There are not many places in America you can go anymore where the community comes together to do a big project like this." 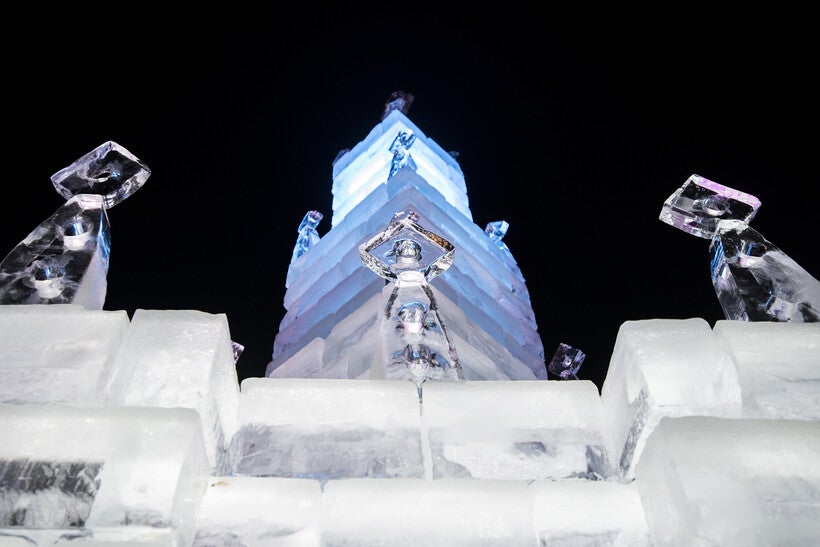 "I saw it on the news and thought, 'I'm going to come up here and look at it,'" Kellner said.

Eagle River isn't the only place to see an ice castle. It's become a winter tourist attraction in Lake Geneva, where a for-profit company operating in five states sells tickets for close to $30 per person for the attraction, which includes tunnels and slides. The Lake Geneva castle opened Saturday. 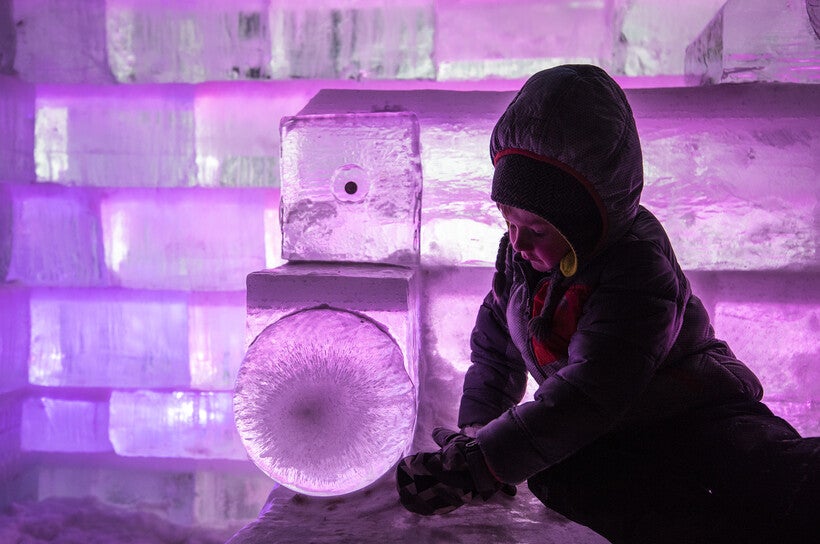 But Eagle River's castle might have the longest tradition. The town's first ice castle went up in 1933. For decades, the blocks were provided by Charles Hanke, the fire chief and owner of the C.H. Hanke Ice Co. In the 1980s, then-Fire Chief Jack Thomas took over the project. Thomas, who died in 2019, was Hanke's grandson.

"Jack passed away after the last ice castle in 2018," Anderson said. "So, this is the first year we've actually done one as a fire department without him." 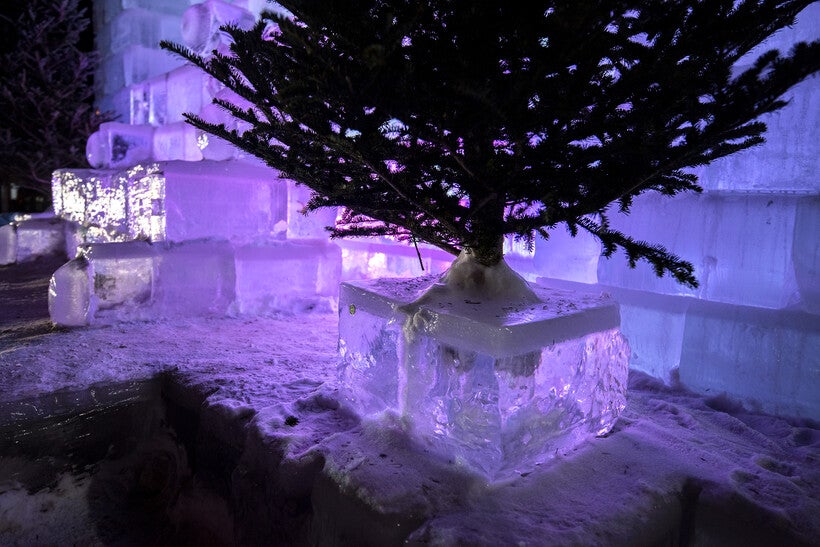 This year, the castle is lit with purple light. That's in honor of Berklee Adamovich, a 10-year-old girl from Eagle River who died in December of a rare cancer. The community had rallied around Berklee's family as she fought the disease, and used purple ribbons to show support.