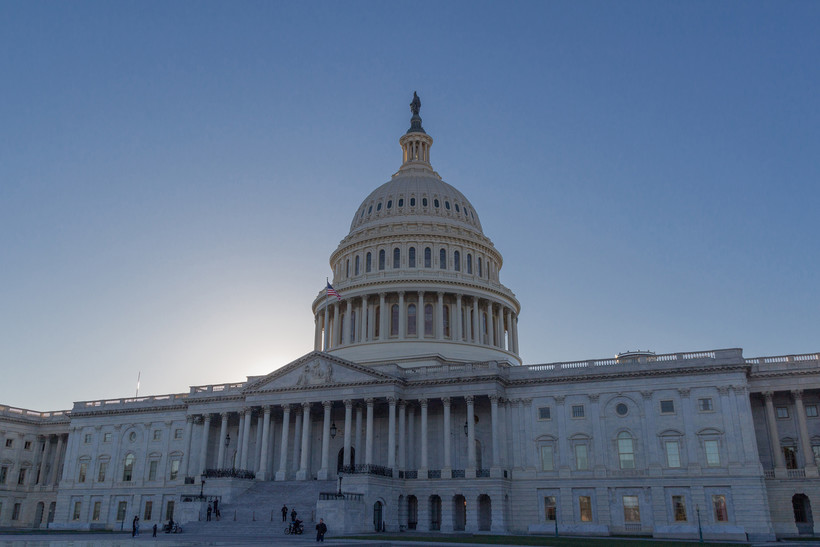 The candidates sparred Thursday night in the first and only debate for the 7th Congressional District just days before the general election.

The debate kicked off with Duffy, who is seeking his fifth term, and Engebretson outlining their views on immigration and securing the United States-Mexico border, as well as trading accusations over each other’s stance on health care. But, some of the most contentious moments of the debate came in response to questions over President Donald Trump’s rhetoric toward women and whether lawmakers should ban assault weapons in the wake of the shooting at a Pittsburgh synagogue that killed 11.

On immigration, Duffy said 22 million people are in the country unlawfully, with a caravan of thousands of migrants from Central America "storming" the border, "demanding" to enter the U.S.

The Republican congressman said the border needs to be secured with a wall and technology, and the U.S. must have compassion when it comes to working with people living in the country illegally. He said the country has to have a work visa system for jobs that aren’t being filled by American workers and an e-verification system to ensure people are here legally.

"Birthright citizenship, I want to take a look at what the president’s going to argue as the law, and I think we should get the opinion of the court – the Supreme Court," said Duffy.

Trump said earlier this week that he'd like to strip birthright citizenship to children born in the U.S. and could do so using an executive order.

Engebretson said it’s the right and responsibility of the U.S. to regulate the border, noting it must be done in a humane manner. She said the country needs to provide immigrants living in the U.S. illegally with a path to citizenship.

"There are things we can do that will work much better and be less expensive than building a border wall," she said. "I disagree that the president can issue an executive order ending birthright citizenship. That is unconstitutional."

Duffy was asked to respond to comments he had made about Engebretson’s health care proposal, which he had told WSAW-TV were "socialist in nature." He said people would lose their ability to choose or keep their current health care plans under a Medicare for All system.

"All your private plans go away and they’re consolidated in one government plan – one plan," he said. "Kind of like Russia, kind of Soviet, kind of socialist. Only one plan for everybody."

Duffy added older adults who benefit from Medicare would be put in a group with everybody else, saying their care would be put to the back of the line. He also noted that Democrats haven’t said how they would pay for the plan, which one study estimated would cost $32 trillion.

On cost, Engebretson said the "Koch Brothers-backed study" that estimated Medicare for All would cost $32 trillion also noted overall health care costs would go down across the entire system. The attorney, who serves as a guardian ad litem, also took aim at Duffy on pre-existing conditions, saying she would fight against any bill that sought to remove that coverage.

"Rep. Duffy has voted over 50 times to take away protections for pre-existing conditions," she said.

Duffy denied that claim, saying, "I’ve voted time and time again to cover people with pre-existing conditions like we had here in Wisconsin before Obamacare ruined Wisconsin’s health care."

Duffy said his plan would guarantee coverage for pre-existing conditions and place them in a high-risk insurance pool, and get affordable care subsidized by the state and insurance companies. 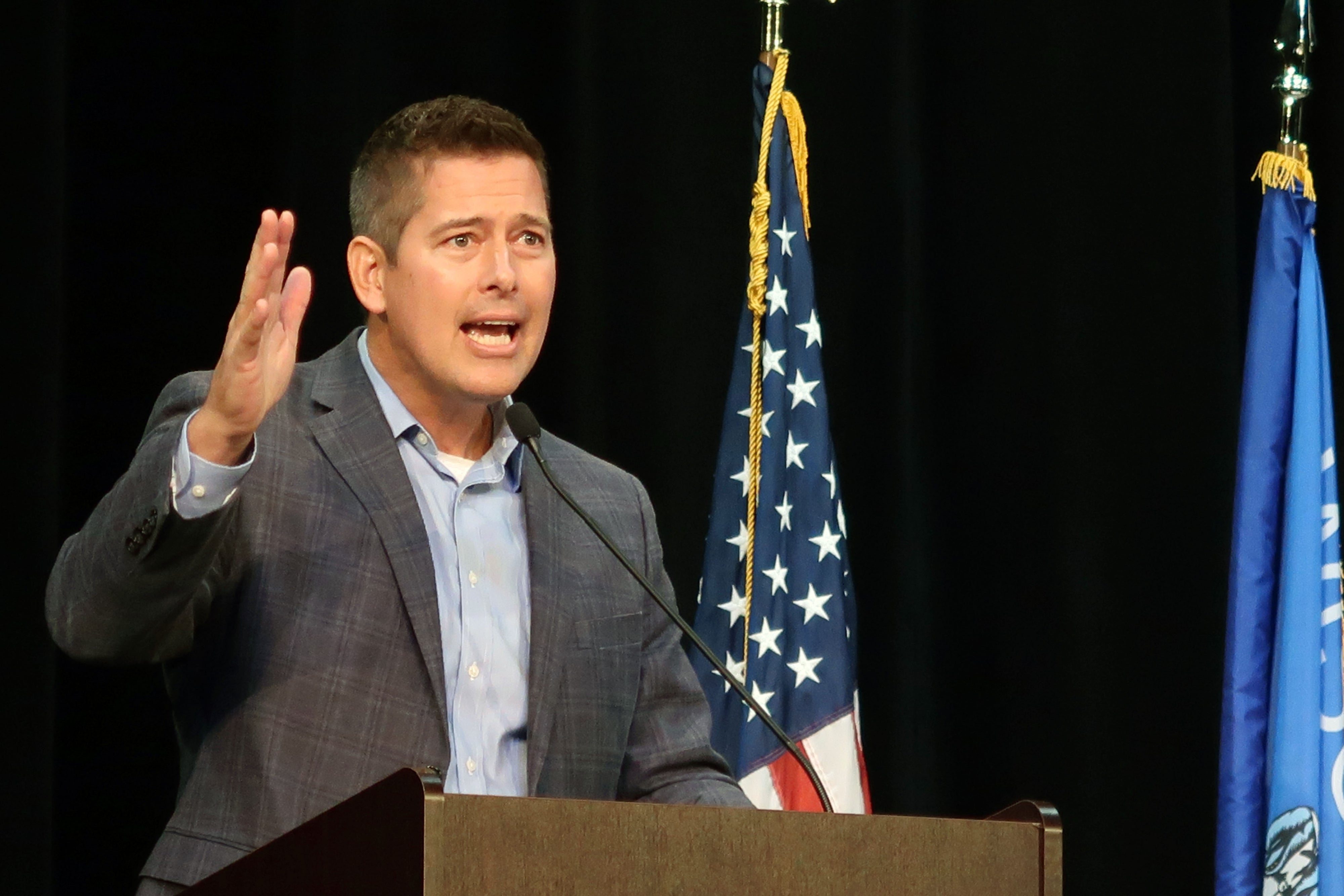 When pressed about whether it’s time to ban assault weapons, Duffy said a ban would hurt law-abiding citizens.

"Banning firearms, what you will do is those who love the Second Amendment and follow the laws, you’ll ban it from them, right? But, if you’re willing to pick up a firearm and kill people, you don’t follow the law," he said. "It’s the actual criminals that will have the guns and the law-abiding folks that will not."

"We need to limit magazine sizes. We need to ban military-style assault weapons," she said, noting she would have the political will to support tougher gun laws.

Duffy and Engebretson disagreed over whether national security is better or worse under Trump.

"We need to start formulating and rebuilding a lot of these relationships that have been broken because of harsh words and trade wars and a zero-sum game instead of cooperating with people we've worked with for decades," she said.

"As unconventional as the process was, (Trump) called him little 'Rocket Man' and a bring-it-on kind of a mentality, I think all of a sudden Kim Jong Un was like, 'I guess I can't push these guys around,'" said Duffy.

Duffy was also asked to what extent he could support a leader while objecting to them on an ethical or moral level after the House representative told Wisconsin Public Radio in August that he didn't approve of the president's remarks toward women, referencing the Hollywood Access tapes and Stormy Daniels.

Duffy reiterated that he disagrees with the harsh language that the president uses. He argued men and women across the country elected Trump to the presidency.

"We look to them to set the tone. The tone comes from the top, and to sit here and act like the language being used by the President of the United States isn’t hurting people and isn’t driving wedges between us is preposterous," she said.

In response, Duffy pointed the finger back at a panel of reporters for asking questions about Trump rather than the economy.

"Listen, I don’t like the way he talks, but that doesn’t affect my family. That doesn’t affect our paycheck and our jobs and our prosperity and our upward mobility — none of that," he said. "Fifty minutes in (to the debate) and not one question about the economy."

On the economy, Engebretson said people across the district are telling her they have multiple jobs without benefits, and they can’t make a living wage. Engebretson supports raising the minimum wage, but she said the transition wouldn’t be like flipping a switch.

"We need to raise wages. Once we raise wages, more money will be going into the economy and all boats will rise. That’s how it works," she said. "Cutting taxes for the wealthy does not grow the economy."

Duffy said Congress has cut taxes for everyone. He said people have access to more jobs and better pay today than they did four years ago under President Barack Obama.

"There are full-time jobs everywhere around this community and around this 7th District that workers don’t have enough workers to fill. ...To sit and try to misconstrue what happens in the economy is contrary to everything that’s happening out there," he said.

Duffy said the economy is "crushing it" due in part to the fact that Congress approved a new tax bill, championed by House Speaker Paul Ryan, R-Janesville. He added that workers’ wages are rising naturally because the economy is doing well. 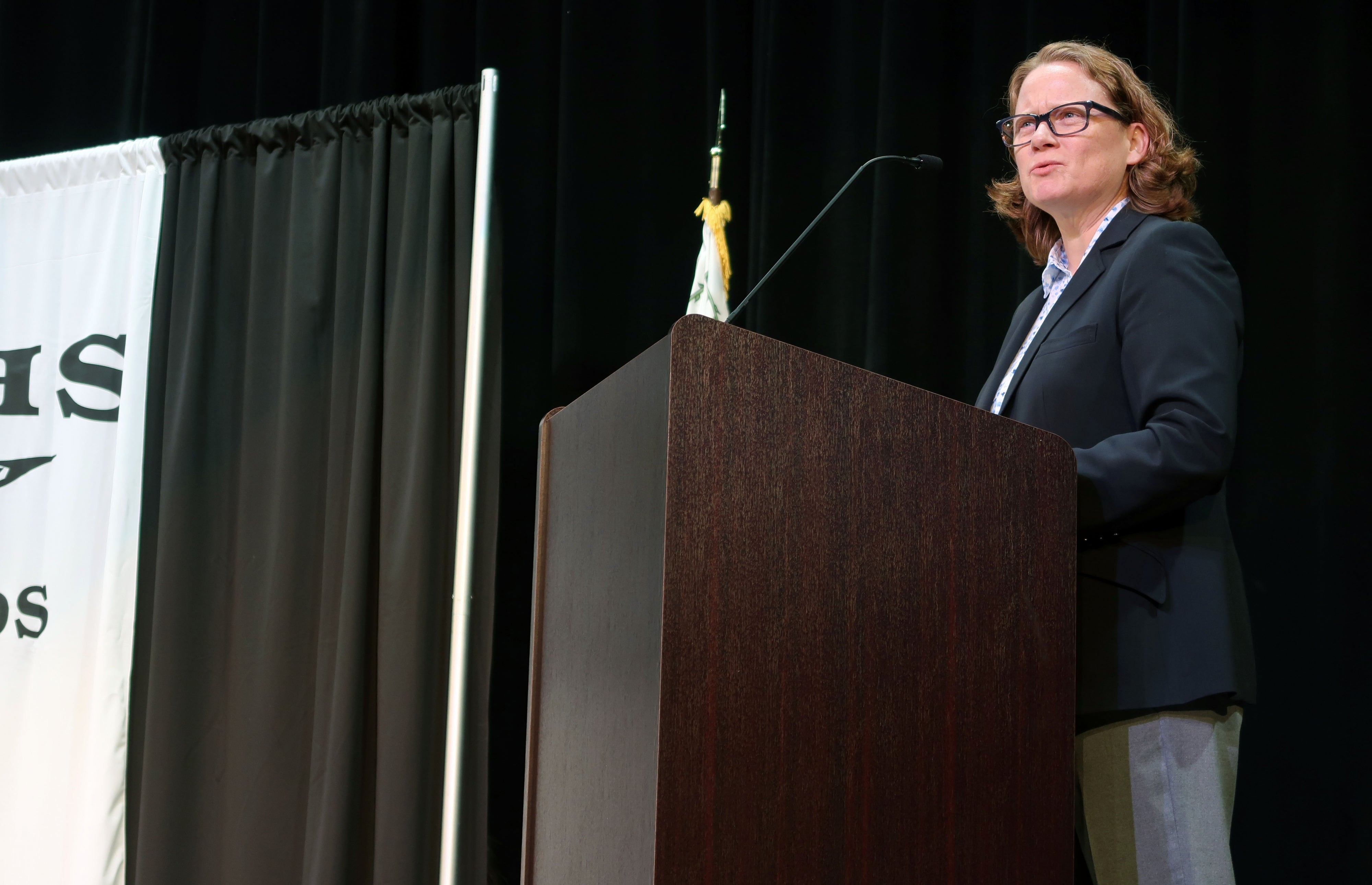 "Now we need senior leadership to bring it up and I need people like Tammy Baldwin to not just say they’re going to help me, but to actually help me pass the bill," he said. "The promise has to be matched with the effort in the Senate."

U.S. Sen. Tammy Baldwin, D-Wisconsin, has introduced legislation with U.S. Sen. Ron Johnson, R-Wisconsin, that would remove protections for the gray wolf in Wisconsin and replace it with state management plans.

"Now that’s ideally how it should work when we’re following our laws and everything’s working correctly," she said. "One of the unfortunate side effects of this though is our department of natural resources in Wisconsin has been gutted. We need to have actual scientists that are on there and know about wildlife management."

She said agencies in Wisconsin have been replaced with loyalists, calling it a "disgrace."

The entire debate can be heard online here.