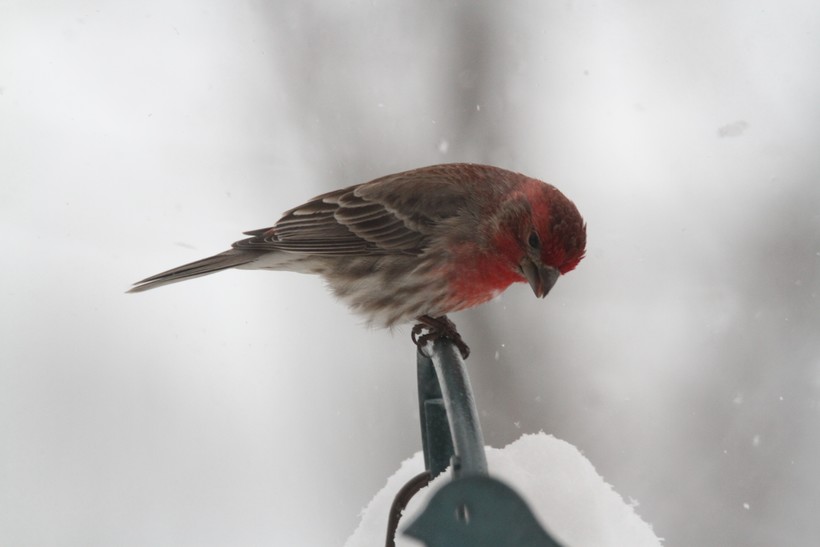 Amateur and veteran bird-watchers alike might catch a few rare glimpses this season of finches who are searching for food farther south because of a lack of seed and pine cone crop to the north.

Reports indicate that northern finches, such as the pine grosbeak, evening grosbeak, crossbills and redpolls are headed south because of resources lacking in Canada's Boreal Forest after a drought took its toll on cone production. That could be good news for bird watchers in Wisconsin.

"People should be on the lookout for some of these somewhat rare finches that might be coming down to their feeders this winter," said Rich Staffen, a zoologist and conversation biologist in Natural Heritage Conservation for the Department of Natural Resources.

There's plenty of options to catch glimpses of other species, too, such as the woodpeckers, white-breasted and red-breasted nuthatches.

And as it turns out, there may be a few more eyes on these species if the past few years are any indication. According to the state Department of Natural Resources, the number of wildlife watchers has increased nationally to 86 million adults, a 20 percent increase from 2011 to 2016.

Staffen said that could be because of more opportunity to watch birds, with the use of trail cameras that people have fixed on their properties. The state also has resources to watch birds — for example the department hosts four eagle-watching events beginning in January. Staffen offered some tips for those looking to get started with a backyard bird feeder:

Black oil sunflower seeds are one of the best products you can buy to attract a wide range of species, especially finches, Staffen said. That's because the seeds have a high fat content.

Nyjer (thistle) also is great for finches, and white millet is an option to attract sparrows, doves and ground-feeding species. Chickadees, nuthatches and woodpeckers like suet and peanut chunks.

Try and stay away from generic seed mixes, the DNR recommends.

Providing a water source is another way to attract birds to feeders. Install a type of heat source to keep the water from freezing. It's also a good idea to place the bird and water feeder next to some kind of shrub cover where birds can move around and escape predators.

"Some people actually put their Christmas trees after the Christmas season is over out in their yard to provide cover for some of these birds," Staffen said.

Not an avid bird fan? Staffen said there are also opportunities to spot deer and elk. Catch glimpses of elk in northern Wisconsin in the Clam Lake area. Another good place is in the Black River State Forest near the Wazee Lake Recreation Area.

You won't have luck with much else, Staffen said. Bears are hibernating and other mammals, such as wolves, coyotes and bobcats are just plain hard to find.

"I would focus more on elk and deer this time of year," he said.

To see a smaller mammal, it might just take a trip to your bird feeder at night, Staffen said. The department gets numerous reports of southern flying squirrels visiting bird feeders after dark.

If you're heading out to catch sight of birds and mammals, Staffen recommends respecting the species by keeping your distance. Wintertime is already difficult for birds and raptors, such as owls and eagles, Staffen said, and it's best to just stay inside.

"The birds don't seem to mind the cars, but they do mind if people come out of their car and start walking toward them," he said.