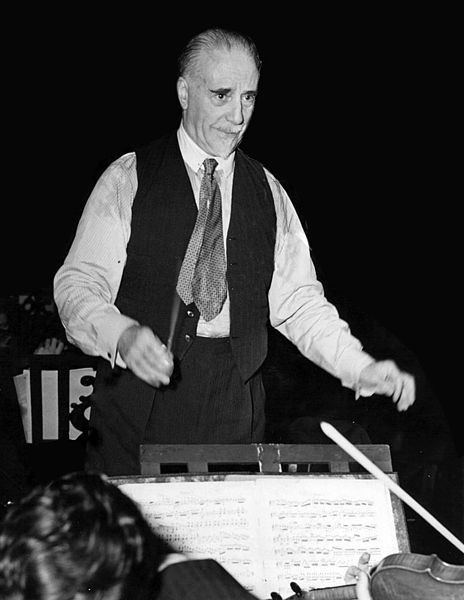 Driving Each Other Crazy

Sir Thomas Beecham was known for his practical jokes, but when Arthur Rubinstein played one on him, the celebrated conductor was not amused.

One hot morning, as they rehearsed Beethoven’s Piano Concerto in G in the Hollywood Bowl, both Beecham and Rubinstein were in a bad mood. The piano was at the edge of the shell, and after playing the opening phrase of the concerto, Rubinstein settled in for the duration of the long orchestral section to follow. Beecham became increasingly impatient with the orchestra, stopped them after every bar, and singled out one musician after another for criticism, making them play the same passages over and over again.

He more or less forgot about Rubinstein sitting there in his short-sleeved shirt, broiling in the hot sun.

By the time he finally got to play again, Rubinstein was “pretty boiled up in every way.” For the rest of the rehearsal, he and Beecham said little as they pressed on, openly hostile toward each other.

When it was finally over, and a sunburned Rubinstein was in the parking lot settling into his new Fleetwood Cadillac, Beecham appeared out of nowhere and asked for a lift. Rubinstein put on a friendly demeanor and said, “Certainly, Sir Thomas.” As they headed  into the streets of Los Angeles, Rubinstein said that it would be an honor to give Beecham a ride because he had gotten his license that very morning.

As Beecham blanched and shrank into the seat, Rubinstein made a point of becoming more and more nervous and inept.

“Look out, look out,” Beecham bellowed, “there is a red light!”

And so it went for forty-five minutes. When they finally reached his destination and Sir Thomas stumbled out of the car, he gave Rubinstein a baleful look as he whispered “Thank you.”

The lover of practical jokes had become the victim of one. Rubinstein had been driving for two years.

Beecham reacted to another joke at his expense in a more convivial way. That story on September 23.