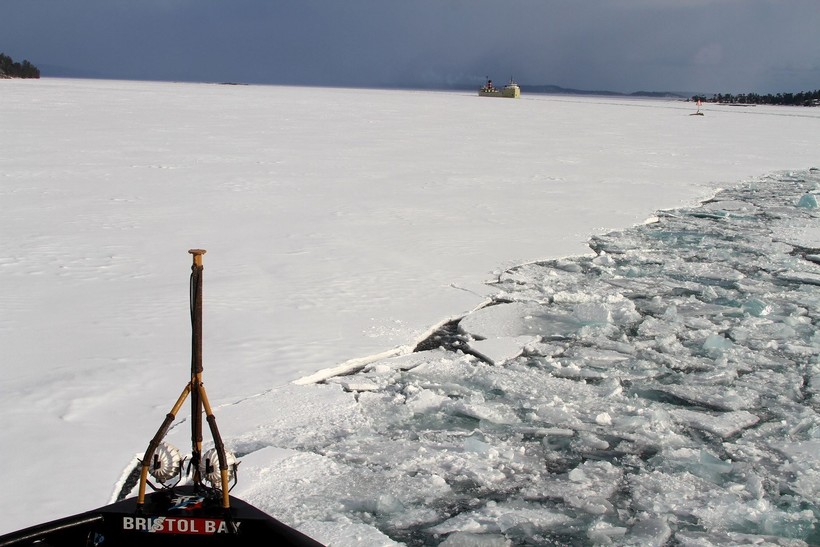 A total of 66 people were retrieved after the ice floes detached Thursday morning, according to Lt. j.g. Phillip Gurtler of the U.S. Coast Guard. The Coast Guard received a call about the stranded fishermen at about 9 a.m. and arrived on the scene between 9:30 and 10 a.m., Gurtler said. By about 1:20 p.m., rescuers were confident everyone had been cleared from the ice, he said.

First responders were glad to be able to rescue everyone before an anticipated winter storm rolls into the area, he said.

"But as we say in the Coast Guard, there isn't safe, there's just safer ice," Gurtler said. "Whenever anybody goes out, they need to make sure to check the weather beforehand, and they really need to check the ice before they go on out there, verify its thickness, and not just its thickness but make sure it's actually good, solid, clear ice."

Rescuers assisted fishermen in the Sand Bay, Little Harbor and Sherwood Point areas of Door County, according to Master Chief Justin Olson of the U.S. Coast Guard. Before noon, first responders had rescued about 20 people near Sherwood Point, while reports indicated there were about 25 people who still needed assistance near Little Harbor, he said.

The Coast Guard used two helicopters and three airboats to rescue stranded fishermen, while other agencies, including the Wisconsin Department of Natural Resources (DNR), also responded with airboats, Olson said.

"The wind picked up out the east and it basically broke an ice shelf off and opened up a lead," he said.

"Weather conditions will be changing dramatically as the day moves on," the post read. "Multiple agencies are currently involved in removing several parties due to the gap in the ice."

The Coast Guard, the Door County Sheriff’s Office, the Sturgeon Bay Fire Department and the DNR all confirmed their involvement in the rescue efforts.

Northeast Wisconsin is under a winter storm warning until Friday.