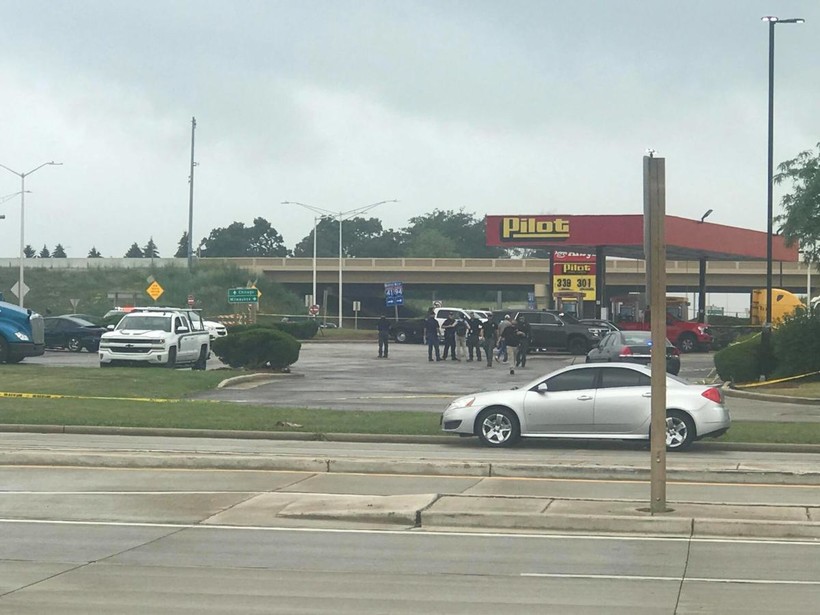 The man who shot and killed a 22-year-old man at a Racine County gas station on Tuesday died when he shot himself after exchanging gunfire with a sheriff's deputy.

Anthony F. Griger was killed in the gas station shooting. Police said he was randomly targeted as he was filling up his vehicle with gas at the Pilot Travel Center in rural Racine County, about 22 miles south of Milwaukee.

According to the Racine County Sheriff’s Department, the shooter was 32-year-old John R. McCarthy of Hartland. McCarthy shot and killed Griger at around 7:30 a.m., then tried to steal his vehicle.

McCarthy couldn’t drive Griger's vehicle, according to a Thursday afternoon press release from the Wisconsin Department of Justice. Instead, he tried to carjack a different vehicle at the same gas station, firing several rounds into it before he got back in his own vehicle and left. No one in the second vehicle was injured. 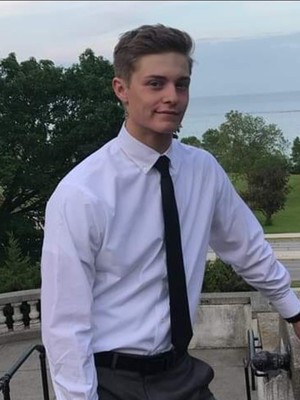 Anthony F. Griger, 22, was shot and killed by a gunman at a Racine County gas station on Tuesday. Photo courtesy of the Racine County Sheriff's Office

McCarthy drove to a nearby Mobil gas station, where he pulled his gun on a Racine County Sheriff's Deputy who was in plainclothes and an unmarked police car. The deputy's name has not been released. In the shootout that followed, McCarthy and the deputy each shot the other multiple times. McCarthy then shot himself in the head.

According to Racine County Sheriff Christopher Schmaling, the deputy is in the hospital recovering from his gunshot wounds, which "fractured several bones in the area of his pelvis." He's expected to recover.

On Tuesday, Schmaling said, "There is no doubt in my mind, the quick and heroic actions of our investigator saved lives today."

According to the Department of Justice, its investigation of the deputy's actions is ongoing. The Racine County Sheriff continues to investigate the carjacking and homicide.