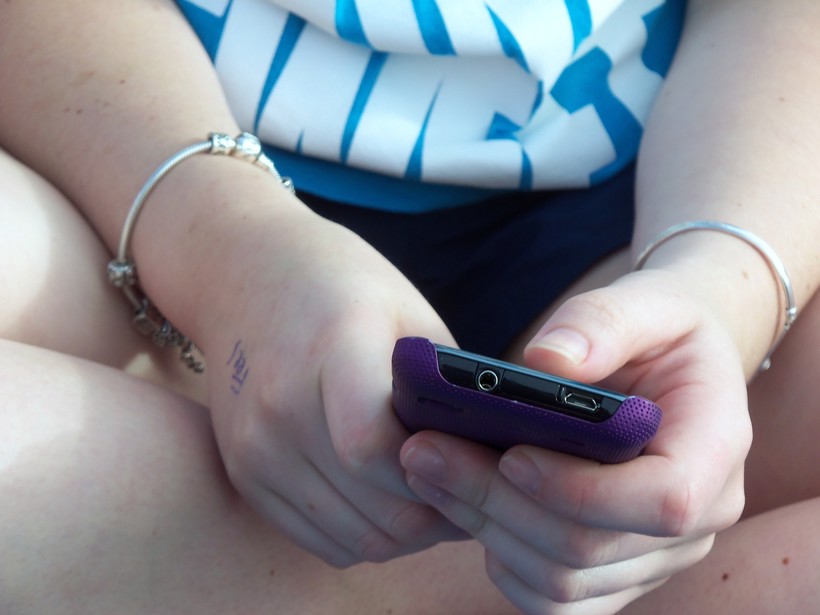 Sales interviewed over 200 girls in 10 states for her book "American Girls: Social Media and the Secret Lives of Teenagers"

Does Social Media Make Being A Teen Girl Harder?

No one ever said that being a teenager is supposed to be easy.

But now, according to writer and author Nancy Jo Sales, social media has added an additional layer of challenges to the complex and formative years between childhood and adulthood. And based on the findings of her recent book, "American Girls: Social Media and the Secret Lives of Teenagers," it seems that new layer of challenges affects girls primarily.

After traveling through 10 states and interviewing over 200 teenage girls, Sales said that the same concerns about likability and popularity, which have long been depicted as going hand-in-hand with adolescence, have moved over to girls’ digital lives.

"Girls tell me it’s all about the 'likes,'" she said. "The kind of popularity contest that high school has, has migrated onto social media where other people validate you and judge you through 'likes' and comments."

While wanting to be popular is something that both boys and girls might think about as adolescents, Sales said that girls are under more pressure to seek validation by using technology to appear "hot," or to sexualize themselves.

"There’s a lot of pressure on both boys and girls, but I think particularly on girls … to take pictures of oneself that present an image that is 'perfect,'" she said. "And unfortunately, there’s a lot of sexualization that goes on."

Sales said that those pressures have various ramifications for girls, citing a report by the American Psychological Association in 2007, which linked the sexualization of girls with rising anxiety, depression and eating disorders.

Because girls are using the same mobile technology, Sales said those pressures and anxieties stretch across socioeconomic and geographic barriers, creating "a homogeneity of experience."

"Girls in Wisconsin are on Instagram the same way girls in Florida or New York City are on Instagram," she said. "They’re using the same apps, which have certain requirements for engagement … posting pictures, liking, commenting, friending, unfriending."

Sales added that not all of those homogenous experiences with technology are positive. In both wealthy and poor areas, she said she heard similar stories of girls who had sent nude or semi-nude photos of themselves to intimate partners or friends that were eventually found circulating social media sites without their consent.

She said that it’s not only the breaches of privacy on social media that induce anxiety for girls, but also the day-to-day dealings with the digital world and always being "plugged in." She said that while many interviewees admitted to being tired of their digital lives, they felt like it was still a major staple of a modern teenager’s life.

Despite spending 30 months reporting on some of the negativity girls face on social media, Sales said that digital technology isn’t inherently bad for them. Some of the girls that she talked to said that social media was actually a tool that strengthened their identities, such as an African-American girl who connected with the Black Lives Matter movement through the Web or a transgender girl that found a support network for herself online.

"(Social media) is not inherently good or bad," Sales said. "It’s just a tool, and it’s being used in ways right now which I think are really damaging to girls right now. But we can change that, and girls can change that."