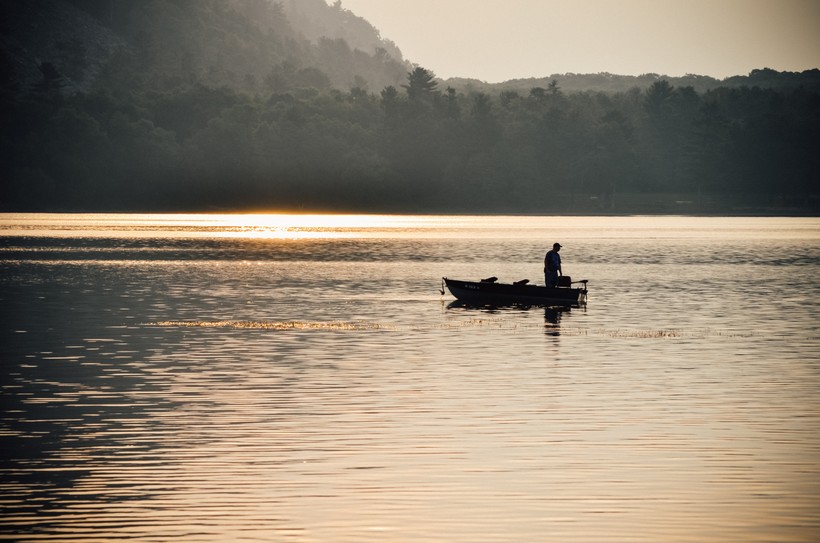 A new study suggests that climate change may be influencing walleye and largemouth bass numbers in Wisconsin lakes.

The U.S. Geological Survey has been building temperature records for 10,000 lakes in Wisconsin, Minnesota and Michigan. Researchers used historical temperature data to develop computer climate models to predict future lake temperatures and how that may impact fish on more than 2,100 of Wisconsin's inland lakes.

Lake temperatures have gone up by an average of nearly 2 degrees Fahrenheit in the last 26 years, according to data from one of the study’s authors.

Walleye tend to thrive in lakes with lower temperatures, whereas largemouth bass favor waters with higher temperatures, Hansen said. The study predicted the number of lakes that would support walleye reproduction could decline from 10 percent to less than 4 percent over the next several decades. The number of lakes supporting largemouth bass is expected to grow from 60 to 89 percent during the same time period.

"Ecologically, walleye are often times a top predator in a lake, and they can influence a number of other species," Hansen said. "Culturally and economically, they are certainly an important part of Wisconsin’s angling culture and the species that people prefer to fish for."

Anglers contribute billions to Wisconsin’s economy, according to the American Sportfishing Association. In the last several years, the state has invested millions in infrastructure and operation upgrades at state fish hatcheries, including around $2 million dedicated toward stocking walleye through the Wisconsin Walleye Initiative. The state has stocked 255 lakes with more than 1.5 million walleye through 2015, according to the Wisconsin DNR.

Hansen cautioned that how fish respond on individual lakes may vary greatly.

"We’re using climate change projections … of what makes a lake suitable for each species," she said. "There are a number of other things that can influence sportfish that we didn’t account for."

She said close to 100 lakes are predicted to have strong walleye populations even under extreme climate scenarios. The USGS will continue its research by gleaning data from all three states to examine the impact of lake warming on fisheries, as well as streams and rivers. The information will be used to help states guide management decisions.