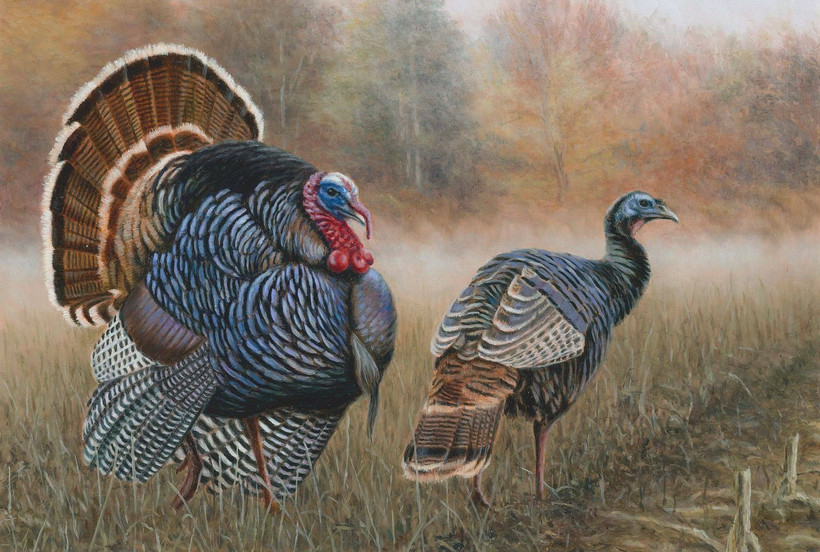 Brian Kuether is the Wisconsin Department of Natural Resources' winner of the 2020 pheasant and turkey stamp. Photo courtesy of Wisconsin DNR

Submissions Can Be In Any Art Form And Are Due To The DNR By July 15
By Elizabeth Dohms-Harter
Share:

Brian Kuether has been painting since fourth grade, and learned how to paint in watercolors from his grandmother, a wildlife artist. 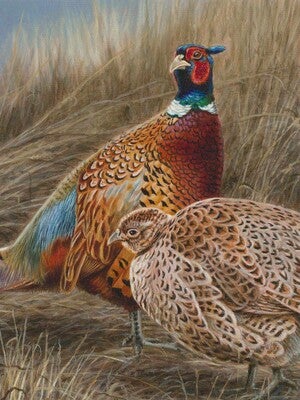 Brian Kuether is the winner of the 2020 pheasant stamp contest put on by the state Department of Natural Resources. Photo courtesy of Wisconsin DNR

Kuether took that passion for painting and wildlife to the state Department of Natural Resources, where he won the competition last year for his skilled, careful painting of a gobbler and hen and a separate painting of pheasants hiding in the grass.

The DNR is on the search for next year's stamp artists, and are soliciting submissions that are due by July 15. Entries are sought for artwork featuring wild turkey, pheasant and waterfowl, said Alaina Gerrits, an assistant upland wildlife ecologist and stamp coordinator.

The stamps are part of the DNR's long-running effort to fund habitat management for the different species, as well as for education, outreach and research efforts. The winning artwork from this year's selection will appear on the stamps next year for the fall turkey, waterfowl and pheasant seasons and the spring turkey season.

Hunters are required to purchase these stamps for whichever species they're hunting. And while the stamps aren't actually physically handed out, hunters can request them. The stamps also can be purchased as collector items through the DNR, and the artwork in larger form can be purchased through the artists themselves.

In addition to being featured on the stamps, the artwork may be displayed on the DNR website and in different publications. In years past, it's also been displayed at the state fair. 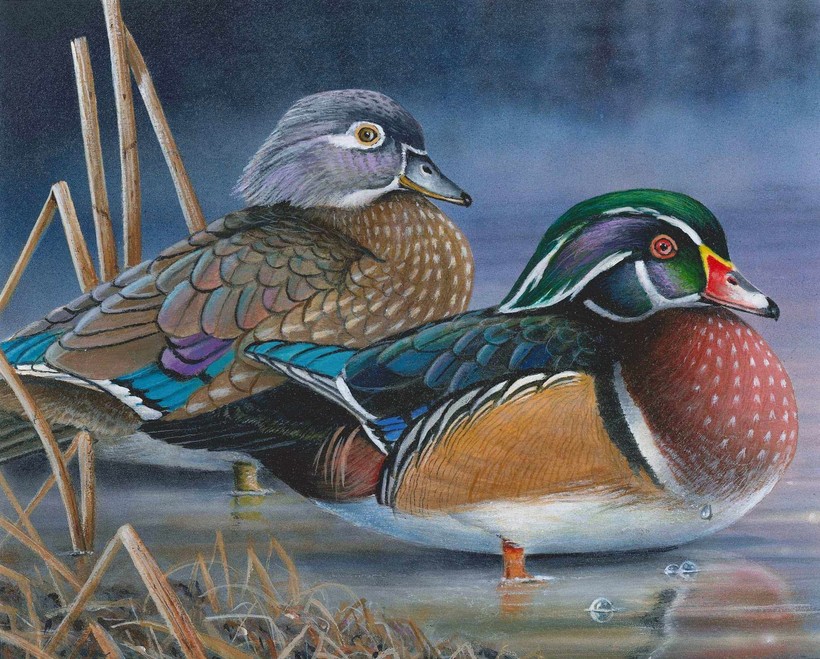 "It's mostly bragging rights (for the winners), but artists really use that sort of as leverage and advertising meant to sell other pieces, and that's really a big feather in their cap," she said.

Kuether won first place last year for both the turkey and pheasant stamps. The turkey stamps costs hunters $5.25 and each year raise more than $775,000 for the wild turkey program. Pheasant stamps cost $10 and proceeds typically generate about $500,000 each year.

Robert Metropulos of Arbor Vitae won this year's stamp contest in the category of waterfowl. These stamps cost $7 and are required for hunting ducks and geese. Sales from these stamps bring in about $350,000.

The program began in the 1970s and is modeled after the federal duck stamp competition that attracts artists from all over the U.S.

"Ours is exclusive to Wisconsin residents, so it's kind of a cool way for us to promote our own Wisconsin artists, but also promote hunting and conservation," Gerrits said.

Gerrits said the DNR reached out to a few different art schools in Wisconsin to solicit art, so she's hoping for several submissions by the mid-July deadline. The contest is judged by people who are part of conservation groups such as Pheasants Forever, National Wild Turkey Federation and Ducks Unlimited. 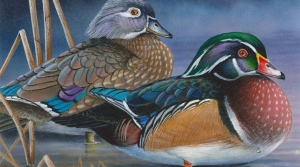 The Wisconsin DNR's wildlife stamp coordinator tells us about their latest contest for game bird stamp art, and how the program continues to fund wildlife and habitat management around Wisconsin.