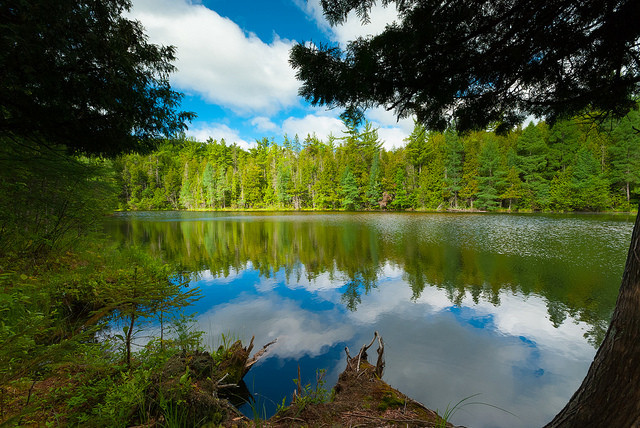 The Wisconsin Department of Natural Resources is requesting funding renewal for the Knowles-Nelson Stewardship Program which is set to expire in 2020.

The program, created in 1989, is funded on a 10-year cycle and has worked to preserve valuable natural areas, wildlife habitat, water quality and outdoor recreation around the state.

Nearly 500,000 acres of land are protected under the program, through funding to the DNR, local governments and communities and nonprofit conservation organizations like land trusts.

"It's been an incredibly successful program, but I think it's also really been able to address a number of different priorities throughout the state," he said. "In northern Wisconsin you might have ... 50,000-acre plus forests that are being protected, versus maybe a few acres in an urban area like Madison or Milwaukee."

While the program has seen cuts in recent budgets, Carlson said, it’s funding remains at about $33 million a year and he's confident it will continue to be funded.

"For us it's, you know, let's look at the future, let's look at what additional investments can we make to really bolster things like our state's $18 billion recreation industry and support our state’s $24 billion forestry industry," he said.

Named after two Wisconsin governors — Gaylord Nelson, a Democrat, and Warren Knowles, a Republican — the program has a legacy of bipartisan support, Carlson said.

"If the governor and Legislature ... don't act to continue the program, it's at risk of expiring during the next state biennial budget," he said. However, there have been champions of the program across the political spectrum.

In 2015, Gov. Scott Walker proposed freezing funding for the program until 2028 in his budget, yet that fell through after there was bipartisan support to come to a compromise, something Carlson thinks will continue moving forward.

"I think you know a lot of folks get the value of these kinds of investments," Carlson said.

In any given year, Wisconsin residents pay less than a state park sticker or a fishing license to fund the program, he said.

"This program really directly supports our state's economy," he said. "So in that way it's an investment that has a return to it."