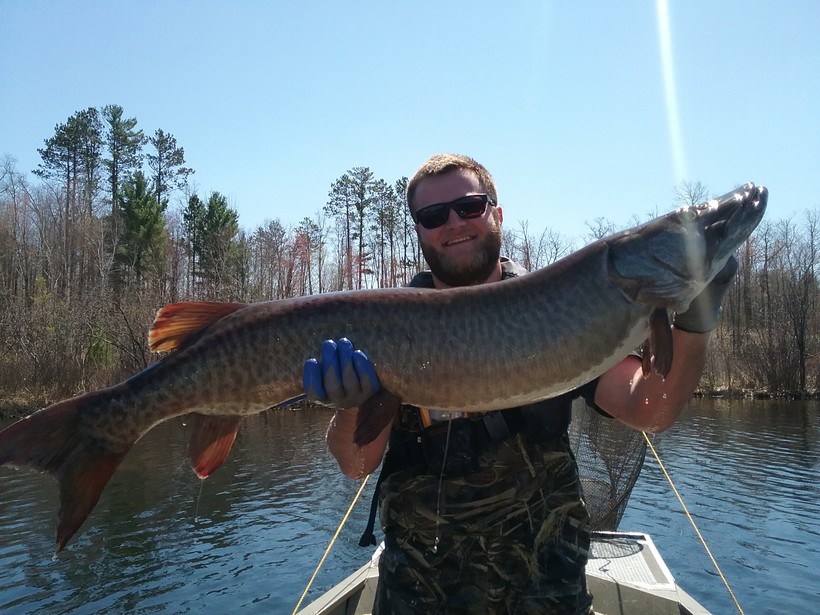 Adult muskellunge surveyed as part of the muskellunge age and growth study. Photo by Logan Sikora

At Its Halfway Point, Project Has Gathered Data From About 37K Muskies
By Mary Kate McCoy
Share:

The Wisconsin Department of Natural Resources is halfway through a 20-year effort to monitor the age and growth of the musky population in the state’s northern waters.

Greg Sass, fisheries research team leader with Office of Applied Science at the DNR, said knowing that information is critical to how the DNR understands and manages the population.

"(Muskies are) a somewhat elusive species, as many of the muskie anglers will tell you, often called the 'fish of 10,000 casts,'" he said. "It's also a species that most anglers now are releasing, and so it makes it more difficult to get some of the information we need."

Sass said some methods for studying the fish — like determining age by taking the inner ear bone called the otolith — are destructive.

"We don't want to harvest muskies and most anglers aren't," he said. "So this study is really designed to provide us with that information by non-destructive or harvesting means." 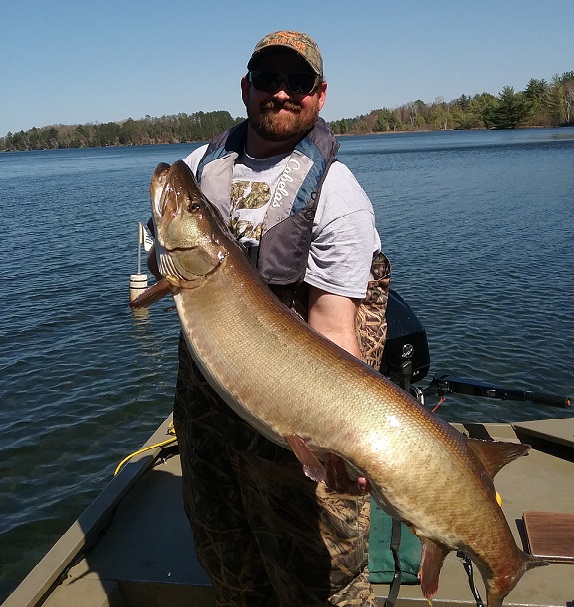 Wisconsin muskies are generally able to sustain their populations on their own across the state, but Sass said the information helps the DNR find optimum and efficient stocking levels.

"How many of the fish we are stocking are surviving? What's an optimal stocking rate for musky?" he said. "It helps us get the right number of fish out there on the landscape to support and sustain these fisheries ... sometimes stocking more isn't better."

Researchers are able to monitor the age and size of the muskies by implanting passive integrated transponder tags (PIT tags) into hatchery muskies at the Governor Tommy G. Thompson State Fish Hatchery in Spooner — the largest musky hatchery in the world.

The hatchery raises the fish until they are 10-12 inches long when they release them into several of their study lakes, Sass said. When the fish are recaptured, the researchers scan the abdomen of the fish to activate the fish's number and record the length and age.

Sass estimates they have about 37,000 recaptures in their data set, so far.

While the efforts are currently confined to musky-stocked lakes in northwestern Wisconsin, Sass said he hopes to expand the project during its second decade. 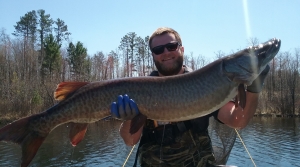 A multiyear project to monitor Wisconsin's muskie population is looking for help from anglers and citizen scientists. We find out what data they are collecting on Wisconsin's state fish.