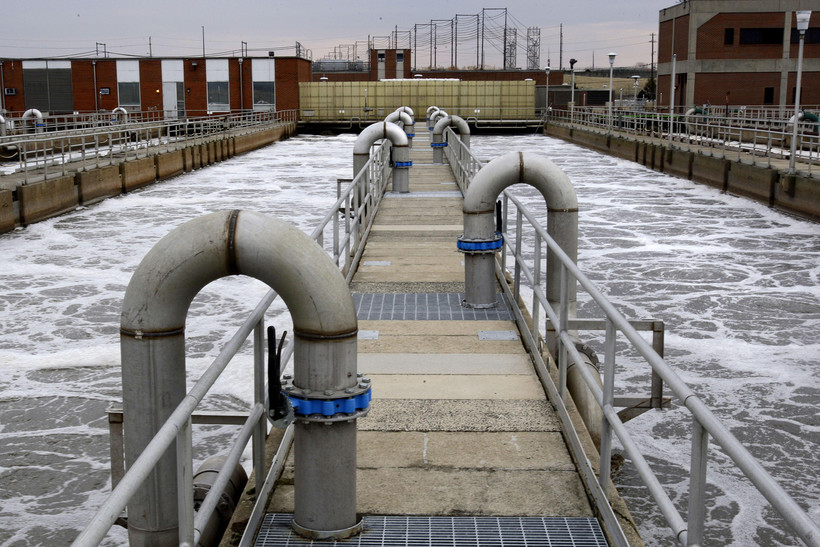 The DNR currently uses fecal coliform to determine contamination levels that might be harmful to public health. But the U.S. Environmental Protection Agency has recommended using E. coli levels to determine the risk of illness for people swimming or recreating in waters.

Marcia Willhite, the agency's water evaluation section chief, said the switch is needed to remain eligible for federal beach grants used by local governments to monitor pollution from a variety of sources. She said those include potential discharge from treated sewage and animals.

"It’s an ongoing challenge and that's why local communities really do rely on these funds," she said.

The new regulations will also mean changes for some wastewater treatment plants.

"We also require that wastewater treatment plants that are discharging water into waterbodies that people recreate in to limit the bacteria in their discharge," she said.

Around 40 percent of the state's 356 treatment plants might have to increase disinfection under the new criteria. The DNR estimates that will cost them around $2 million each year, but the agency said financial assistance will be available.

Willhite said treatment plants will be required to meet new criteria as their permits are reissued.

The board also approved Wednesday public hearings on establishing state standards for polyfluoroalkyl substances, known as PFAS, in drinking and surface water, as well as creating groundwater standards for more contaminants.

PFAS chemicals are commonly found in nonstick cookware and firefighting foam. Elevated levels of the chemicals have been found at dozens of sites and waterbodies across Wisconsin, including Madison, Milwaukee, Green Bay and Superior. Research has linked the chemicals to developmental issues in children, thyroid disorder and cancer.

The DNR is proposing to hold simultaneous hearings on setting standards for surface water in Madison, Eau Claire and Green Bay next month.

The criteria would apply to all regulated facilities, including wastewater treatment plants, septic tanks and spill sites. The new standards are expected to have a significant economic impact, which the agency estimates could be greater than $5 million.

The DNR will also hold several public hearings on new drinking water standards for PFAS, PFOA and PFOS. The U.S. EPA has issued a lifetime health advisory level of 70 parts per trillion, but no federal standard currently exists.

Business groups like Wisconsin Manufacturers and Commerce, as well as water utilities, have expressed concern with the development of standards and their ability to pay for cleanup or treatment under new regulations.

The board can authorize the DNR to begin writing regulations after the hearings.