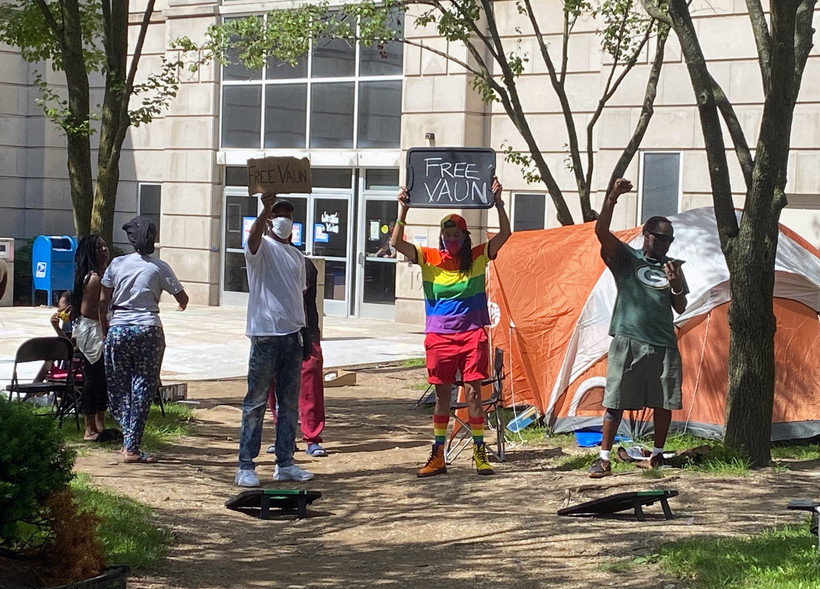 One day after his arrest, Milwaukee community organizer Vaun Mayes is being released from jail.

The Milwaukee County district attorney’s office issued a statement Tuesday afternoon saying after reviewing the Milwaukee Police Department’s charges of burglary as party to a crime and criminal trespass to a dwelling, the office has decided to "pend for additional review in the weeks ahead."

Mayes, who heads Community Task Force MKE and has been a leader of many of the recent Black Lives Matter protests in the city, was arrested by police on Monday afternoon.

Following the arrest Monday, the Milwaukee Police Department released a statement, saying they had arrested a "community activist" related to his alleged involvement in criminal activity that occurred June 23. They did not specifically name Mayes.

The police were referring to the chaotic scene on Milwaukee' west side that spawned civil unrest and a house fire while community members, including Mayes, were searching for missing girls they said the police were not willing to look for. Both girls have since been located. 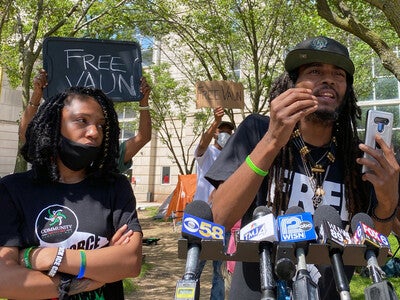 "It came directly from the top, from Chief Morales, for being criticized," said Gabi Taylor, one of Mayes partners at Community Task Force MKE.

About two dozen protesters spent Monday night and Tuesday afternoon outside of the Milwaukee County Courthouse showing their support for Mayes.

"We’re going to be out here and we’re going to be heard until justice is heard and Vaun is free,” Taylor said, before Mayes' release. "It symbolizes you can’t criticize your police department without being attacked. You have a rouge police chief. If you call them out and you want answers and you want them to do their job. This is what happens to you."

In response to a question about Mayes' arrest being related his criticism of Morales, a spokesperson for MPD told WPR "the charges are factual" and are "related to his alleged involvement in criminal activity."

Asked about Mayes arrest Tuesday, Milwaukee Mayor Tom Barrett, said he was, "getting the information from the Police Department. I don’t know exactly what it’s about, but I will have more comments when I know what it’s about."