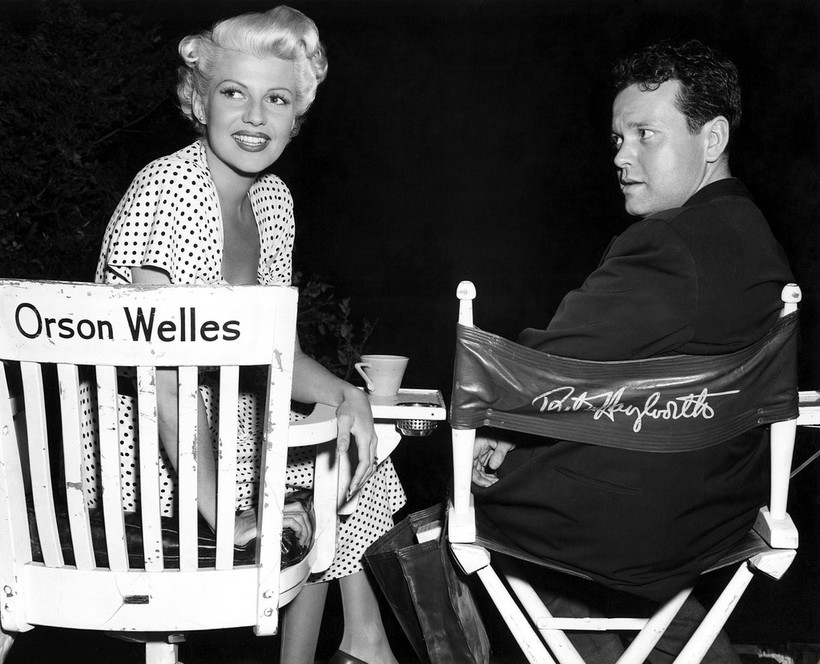 Photo courtesy of dovima2010 on flickr.com

Composers of concert music have enough distractions to cope with. Composers of movie music have even more. Consider the case of Bernard Hermann, one of America's leading writers of film music, when he was visiting Hollywood in 1943.

Hermann and his wife were having a working lunch at the home of film star Joseph Cotton. Also attending were Alfred Hitchcock and his wife. At the time, Cotton was starring in Hitchcock's film Shadow of a Doubt. The moviemakers were dining on the terrace overlooking the Cottons' swimming pool. The business discussion was overshadowed by the sudden, unexpected arrival of two acquaintances -- Orson Welles and Rita Hayworth.

Welles barged onto the terrace saying, "Don't let me interrupt your lunch. Rita and I just want to use your pool." The catch was that the interlopers hadn't brought bathing suits. Welles peeled off his trousers and went swimming in his boxer shorts.

Rita, who was soon to be Mrs. Orson Welles, was more ingenious. She went upstairs to Joseph Cotton's bedroom and helped herself to two designer ties, each worth about fifty dollars. One of them she draped around her neck and bosom and secured in the back. The other became the lower part of a bikini -- somewhat before that form of swim apparel had become fashionable. Thus equipped, Rita Hayworth slid into the pool.

Speaking for the diners, Hermann's wife later recalled, "It was very distracting to eat lunch and watch Orson and Rita swim."

Later in the year, Hermann was offered a Hollywood role of his own -- a cameo in which he would play Dmitiri Shostakovich composing his Seventh Symphony. Hermann is alleged to have replied, "I won't be a cut-rate Shostakovich." A few months later, Bernard Hermann left the distractions of Hollywod and the movies and went to New York to begin work on a far less profitable project--an opera.