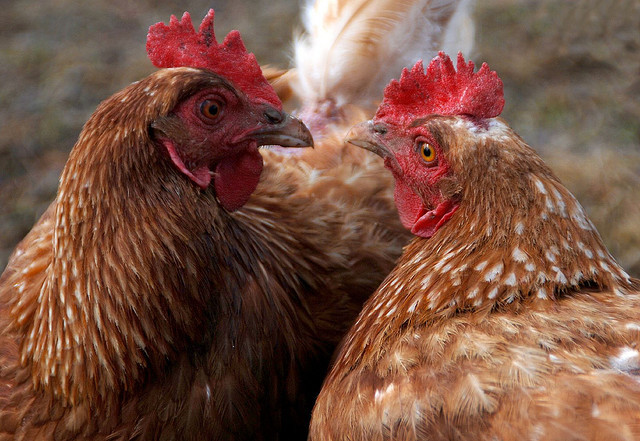 Thousands Of Chickens Were Reportedly Infected With Virus At Jefferson County Facility
By Noah Ovshinsky
Share:

The Wisconsin poultry industry continues to be on edge after chickens in Jefferson County were found to be infected with bird flu.

The U.S. Department of Agriculture announced on Monday that more than 180,000 chickens would be euthanized after the virus was found at an egg-laying facility. It’s the first such cases in Wisconsin.

The state ranks in the top 20 for chicken production and had exports totaling around $5 million in 2014. Ron Kean, a poultry specialist with University of Wisconsin-Extension, said one word describes how the industry is feeling right now: scared.

"I think that this is the biggest thing," said Kean. "It's a really scary time because it can be so devastating if your flock gets infected."

The European Union and Canada have already stopped importing chicken from the state.

The bird flu strain that was found at the Jefferson County facility has also been found in Minnesota and several other states.