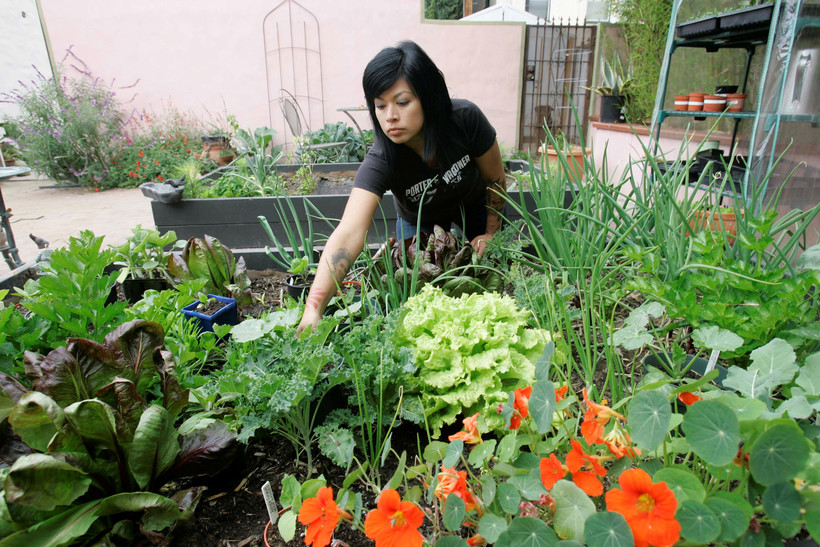 If you're dreaming of fresh tomatoes, potatoes, cauliflower and kale in your backyard, you're in luck — it's vegetable gardening season.

But before you plant anything, figure out whether the crops you want to grow match up with Wisconsin’s growing conditions, said Vijai Pandian, a horticulture educator for University of Wisconsin-Extension in Brown County.

Planting those seeds at the right time can be crucial.

"Depending on what part of the state you are in, some have growing conditions of 100 days, some have 110 days," Pandian said.

UW-Extension has a planting guide to help you figure out when to plant in the Madison area, based on the vegetable. However, if you live in a different region, those dates may be different.

According to the USDA, Wisconsin falls in three of what are called "plant hardiness zones," which uses extreme low temperatures at a location to figure out which plants thrive where and when.

UW-Extension says you should plant one to two weeks later in central Wisconsin and along the lower shores of Lake Michigan, and two to three weeks later in northern counties.

Before you plant, Pandian said, you should also know whether your crops are cool-season crops or warm-season crops.

Cool-season crops— like asparagus, broccoli and cauliflower— should be planted earlier in the spring before the temperatures get too warm. But still be mindful of your soil temperature, Pandian said.

"Many cool season crops tend to take light frost very easily, but they do need to have a right soil temperature," he said. "They need to have a minimum of 45 degrees Fahrenheit to get started."

Warm-season plants — like zucchini, eggplant and pumpkins — should be planted later, after the last frost.

Another soil condition that’s crucial is the wetness. Till when your soil is too wet, and it won’t be fit for planting.

Pandian recommends doing a "soil ball test" to figure out the right time.

"Take a clump of soil and try to form a ball. When you gently tap it, if the ball crumbles, then it’s good for tilling," he said. "If you have really wet soil, then it will stick in your palm. And you’ll have a hard time trying to roll it into a ball. If it’s too dry you cannot actually roll it at all."

In some areas, your soil may not be fit for planting at all. That’s okay.

A good fix is a raised-bed garden. This is a container built out of wood, stone, brick or cinder blocks that can be placed anywhere with six to eight hours of sunlight a day, filled with soil, and planted with multiple vegetable varieties.