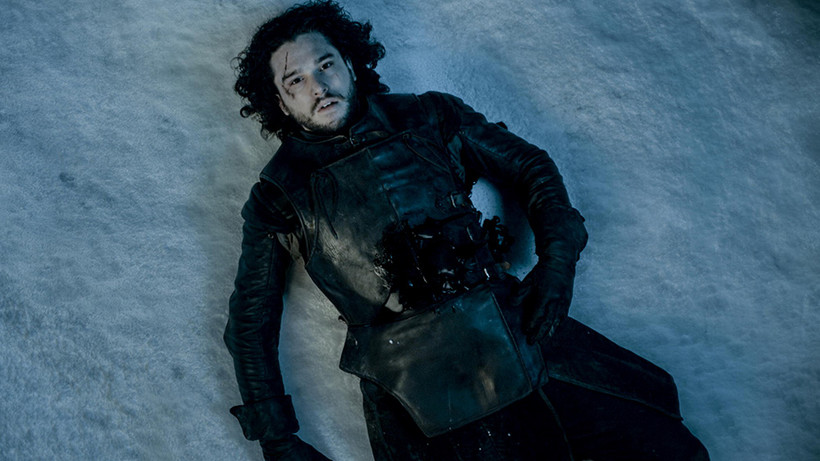 From Dickens To 'Dallas': The Cliffhanger Ending Holds On

i09 Writer Beth Elderkin On History, Allure Of Cliffhangers
By Adam Friedrich
Share:

Since orators began telling stories and pausing for dramatic effect to keep their audience riveted, the use of the cliffhanger has worked as an effective tool in storytelling.

Beth Elderkin is a staff writer for the Gizmodo science fiction and fantasy blog, i09. She has written about the history and allure of the cliffhanger ending and she told WPR’s "BETA" that a cliffhanger in its simplest sense is "anytime a story ends without its conclusion, without a resolution."

"So it ends on a mystery, something that needs to be resolved or solved by the next episode or installment," she added

It turns out that audiences might be a little hard-wired to pay more attention to detail and to stick around if they don’t know the conclusion. Elderkin cites the Zegmarik effect as a possible explanation why.

In the 1920s, Soviet psychologist Bluma Zegmarik conducted a study where she asked participants to put together a puzzle and then she asked them questions about how they had done it. For some of the subjects, she interrupted their task. Those who were interrupted seemingly had better recall or focus of the task at hand.

"There is an imperative; there is a psychological desire to finish what we started," Elderkin said.

Elderkin said the "first concrete example" of a cliffhanger is the Persian tale "One Thousand and One Nights." The protagonist, Scheherazade, fends off her execution from the king, Shahryar, by enticing him with an unfinished story to be completed the next day and where she then begins a new one further delaying her sentence.

The popularity of the cliffhanger took off during the Industrial Revolution. Graced with some extra time, workers began consuming media differently. Books were released in installments and the chapters would sometimes end inconclusively.

Dickens would surface as a master of serialized storytelling and a pioneer of the form. Elderkin quips this was likely due to financial reasons in part as Dickens was paid by the word and would have incentive to keep the stories going. He popularized the genre so much that he inspired numerous copycats and actually incited small riots.

"It got to a point where he would get fan mail with people begging to keep his characters alive or people would start fights because they wanted to be the first one to read the story," Elderkin said.

This would come to a head during the release of the final installment of Dickens' "The Old Curiosity Shop."

"People were trying to find out if this character named 'Nell' survived and this was a big cliffhanger. So they waited on the shore for the barge to come in with the latest edition. And then, to be the first one to read it, they started a physical encounter so they could find out if she survived."

As storytelling avenues grew, the cliffhanger remained an important device. Comic books often used them to keep fans involved, but television shows — in an attempt to make their programs as syndication-friendly as possible — mainly eschewed them. That is, until a pivotal moment in television history.

In 1980, the hit show, "Dallas" aired its season three finale, "A House Divided." The episode ended with the main character of J.R. being shot in his office. Fans were forced to spend the summer guessing at both his fate and the identity of the shooter.

"It was a big risk for both the show and the network and it was a risk that paid off because the nation became obsessed," Elderkin said. "It was a nationwide phenomenon."

Today, most television shows employ cliffhangers almost as a necessity.

"So much of television hinges on cliffhangers nowadays," Elderkin said. "Cliffhangers are not only an accepted form of storytelling, they’re almost required now."

Shows like "Game Of Thrones," "Westworld," "Stranger Things" and "Handmaid’s Tale" all rely on the cliffhanger to a certain extent. Some with more success than others, Elderkin said.

"It comes with its own risks because sometimes the setup doesn’t work with the payoff," she said. "At what point does a cliffhanger cease being for the sake of the narrative and for either survival or just to garner interest?"

Stay tuned to "BETA" to find out.