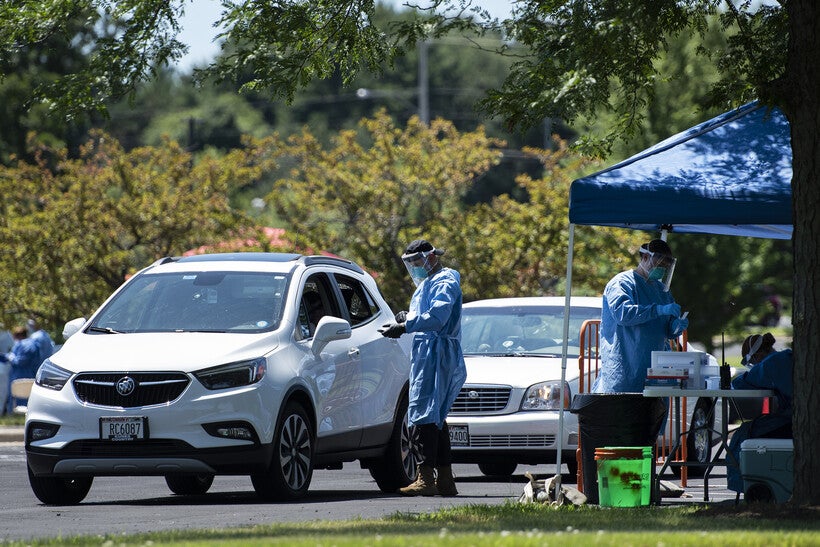 This Comes A Week After Advocate Aurora Announced The Temporary Closure Of Most Community Testing Sites
By Megan Hart
Share:

Secretary Andrea Palm of the Wisconsin Department of Health Services (DHS) said Thursday her agency has heard reports from hospital partners that say they've seen their supplies of coronavirus testing reagent diverted to other states.

In the letter, Baldwin specifically discussed Advocate Aurora Health. Last week, the nonprofit hospital system issued a statement saying it has been "forced to adjust" its coronavirus testing approach due to delayed shipments of testing supplies.

Advocate Aurora has suspended COVID-19 tests before some procedures in favor of enhanced personal protective equipment. It also temporarily closed most of its community testing sites in Wisconsin, including two in Sheboygan County.

This week, health officials there said they’ve encouraged symptomatic residents to travel to a community testing site in Calumet.

A representative from the Trump campaign in Wisconsin told the Milwaukee Journal Sentinel that Baldwin is exploiting the situation to benefit politically.

Palm said Thursday she doesn’t know what’s led to Advocate Aurora’s supply chain issues, but it’s inefficient for Wisconsin to be competing with other states to get the materials it needs.

"We really do need our federal partners to help smooth out these supply chain issues and for there to be a national strategy," she said.

Gov. Tony Evers has written several letters to the manufacturers of testing reagents hoping to sure up supplies, while DHS is exploring new options to acquire materials, Palm noted. It’s "critical" to build as much in-state testing capacity as possible, she said.

Wisconsin has seen a decline in the number of coronavirus tests conducted this week, but Palm didn’t link it to a testing shortage. According to DHS, the state’s daily testing capacity on Thursday was 24,178, but just over half that number of test results were reported.