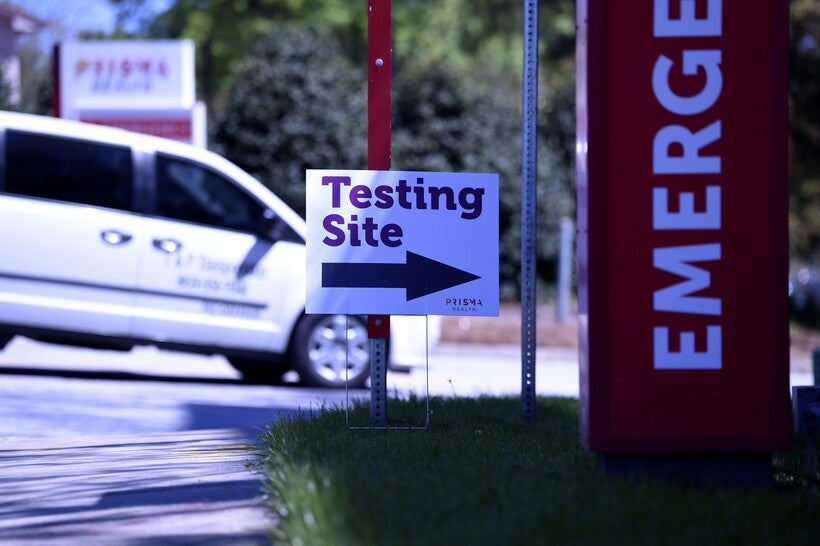 A car turns in at a location for drive-thru COVID-19 testing at Prisma Richland Hospital on Friday, April 3, 2020, in Columbia, S.C. Meg Kinnard/AP Photo

138 People Have Died From New Coronavirus In Wisconsin So Far
By WPR Staff
Share:

The state Department of Health Services announced Saturday there are 3,213 positive cases of COVID-19 in Wisconsin.

According to figures from DHS, 137 people in Wisconsin have died from COVID-19 as of Saturday afternoon. That doesn't include one additional death in Marathon County, bringing the statewide total to 138 deaths.

The number of positive test results increased by 145 from Friday to Saturday.

Across the state, 34,680 people have tested negative for the virus so far. From Friday to Saturday, the number of negative test results increased by 1,455.

According to DHS, the capacity for processing tests is now more than the number of tests being administered, with 20 labs now on board. DHS chief medical officer Dr. Ryan Westergaard said Friday the department is loosening restrictions on who can get tested, subject to availability of testing supplies.

"Clinicians can not feel constrained in any way in ordering a test when they think it's beneficial for the patient," he said.

Wisconsin's cities are seeing the highest number of positive cases related to COVID-19. There are now confirmed cases in 63 of Wisconsin's 72 counties.