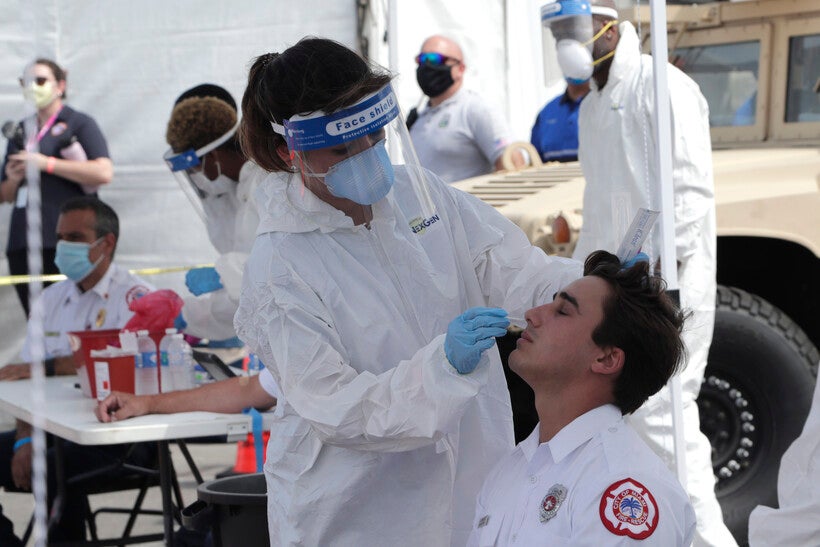 A City of Miami Fire Rescue worker is tested for COVID-19 at Hard Rock Stadium, during the new coronavirus pandemic, Wednesday, May 6, 2020, in Miami Gardens, Fla. Lynne Sladky/AP Photo

400 People Have Died From The New Coronavirus In Wisconsin So Far
By WPR Staff
Share:

There are 10,219 positive cases of COVID-19 in Wisconsin as of Sunday, according to the state Department of Health Services. That's an increase of 280 cases from the day before.

According to health officials, 400 people in Wisconsin have died from COVID-19 as of Sunday afternoon, with Calumet County reporting its first death.

DHS reported 105,163 negative tests for the new coronavirus, an increase of 3,228 from Saturday to Sunday.

As of Saturday afternoon, Wisconsin has 51 labs performing COVID-19 tests, up from eight labs in March. According to DHS, they're able to process 13,797 samples per day — more than the state's goal of completing about 12,000 tests per day.

The following counties have no confirmed cases as of Sunday afternoon: Burnett, Langlade, Pepin and Taylor.