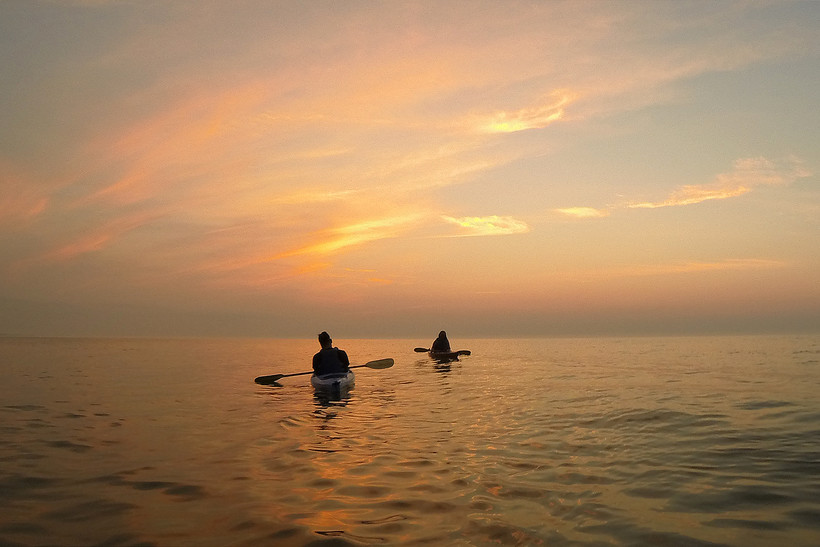 When it comes to freshwater quality, Wisconsin is treading water.

A new study from the University of Wisconsin-Madison's Center for Limnology found that despite concerns over climate change, the conditions of Wisconsin’s lakes have remained relatively stable over the past 20 years.

The findings are glass half-full or glass half-empty, depending on how you look at it. By some estimates, the federal government has spent billions of dollars over the years counteracting freshwater pollution.

"A few lakes are worsening in water quality, a few places are getting better, but overall most lakes are not changing," said Samantha Oliver, a UW-Madison graduate student and lead author of the study. "And we think that's because, even though we're trying really hard and spending a lot of money to improve water quality, we're sort of running uphill against climate change and other things that are worsening."

The study took a broad approach, looking at water quality in Midwestern and northeastern United States lakes between 1990 and 2011. Researchers measured the water quality of a lake based on its algae levels.

Every lake has algae, Oliver explained. But get too much, and it leads to other problems. Runoff pollution due to urbanization and agriculture can increase freshwater algae levels.

"The algae grow, they decompose, they fall to the bottom of the lake, and bacteria that break them down consume the oxygen, and then there is no oxygen for organisms like fish," she said.

The year 1990 was intentionally chosen as a starting point for the study, Oliver said. That's because several federal initiatives focused on water quality were rolled out, most notably the Clean Air Act Amendment, which targeted acid rain but also intended to reduce the deposit of nitrogen in freshwater in the process.

Oliver and other researchers wanted to know how these national-scale efforts affected water quality on a broad scale.

"We think this broader perspective is really important because you might have a farmer doing something on the landscape to improve water quality," she said. "But what that farmer’s doing doesn't necessarily translate to oxygen depletion in the Gulf of Mexico, because waterways are connected, and sort of the challenges that we face environmentally are really broad scale."

For example, Oliver uses Madison's Yahara watershed as an example of great water quality management, where farmers are partnering with Madison’s sewerage district to make sure nutrients don't end up in the lake.

But according to the Environmental Protection Agency, extreme precipitation has increased substantially over the last 20 years, a telltale sign of climate change. And every time Madison experiences extremely heavy rain, nutrients still flow into and inundate the lake, Oliver said.

"And that’s pretty universal about how we understand how climate change will affect water quality," she said. "We generally think, more nutrients are gonna end up in the lake, it’s going to be warmer, which means worsening water quality."

Oliver said it's important to remember the positive changes that happened before 1990 as well. The Clean Water Act of 1972 significantly cleaned up pollution in Midwestern lakes. Prior to 1972, sewage was discharged directly into Madison’s lakes.

Water quality has improved over the long run, Oliver said. It’s just not where researchers want it to be.

She said she was not surprised by the findings of the study. Much environmental change over the past 20 years has happened on the local level. The federal government encourages this through incentives, and opt-in approaches, Oliver said. While those efforts aren't wasted, she said she believes action needs to happen on a federal level.

"It is disheartening to know the amount of money that the United States spends on water quality and just knowing that it isn’t nearly enough," she said. “And so it's going to take a lot of investment to improve water quality."