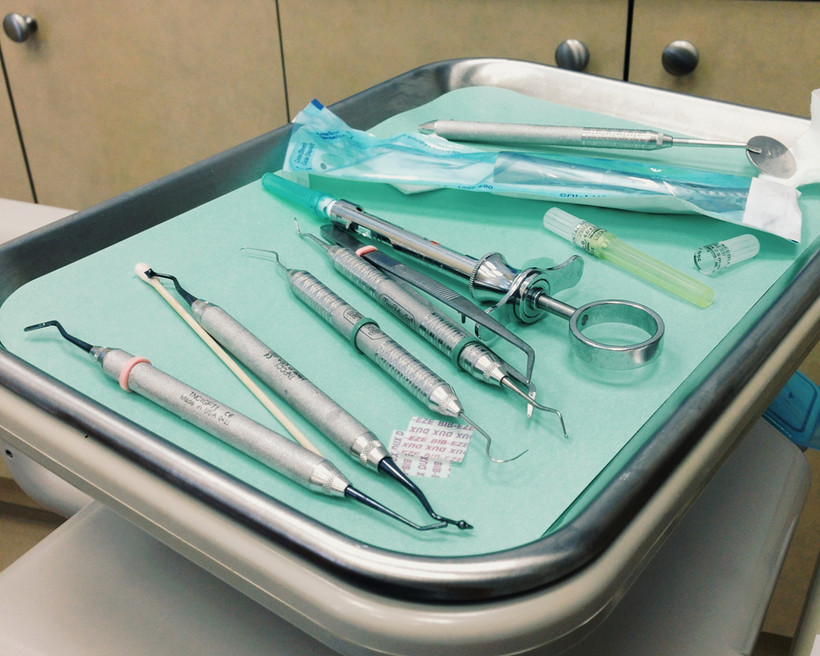 As dentists drop out of the workforce, rural communities suffer most

"At this point in time, we, like many other health centers, have had to say that we're not able to take new patients," Scenic Bluffs Community Health Center CEO Kim Hawthorne said. "We are triaging people."

Last year, the center, primarily located in Cashton, cared for about 8,600 dental patients — a record-high. Still, roughly 2,500 people are sitting on the waitlist, "and that's the people who've been willing to put their name on the list," Hawthorne said.

The center is operating with half the workforce it had before COVID-19, she said. Stretched thin by high demand and burnt out from the pandemic, many dentists chose to retire early. Others refused to get the COVID-19 vaccine and had to resign, according to Hawthorne.

And it’s not just dentists. The center is short on positions across the board, Hawthorne said, but the trickle of applications for dental positions has been especially slow, leaving them unable to care for the underserved, rural community near La Crosse.

The centers are designed to increase access to health care for underserved communities, often in rural areas. Most patients are low-income or lack insurance. Many are on Medicare or Medicaid.

The centers receive some funding from federal grants and insurance, but, facing increased demand as the pandemic wanes, many are straining to keep up with demand.

According to a report released this week by the Wisconsin Primary Health Care Association, community health centers are struggling to hire almost all positions. Eleven percent of physician positions and 13 percent of behavioral health roles are vacant.

But demand for workers in oral care is especially acute. Almost a third of positions for dental hygienists and dentists are empty.

Nearly half of dental offices have had to cut hours because of staffing shortages. One reason, Hartmann said, is that not enough people are studying to become dentists.

"The only dental school in Wisconsin is Marquette," he said. "They accept 100 students a year, and they have 15 times that number of applications per year. So there is no shortage of people interested in going into dentistry."

There are other dental hygiene programs in the state, he said, but even those spots are limited. Milwaukee Technical College runs the biggest program, but it only admits 48 students each year, he said.

Need for more experienced positions is also likely to grow. In a 2018 survey of Wisconsin dentists, nearly 30 percent said they were planning to leave the workforce by 2023, mainly for retirement.

For larger communities, losing a few doctors can lead to longer wait times, but for small towns with only a few providers, losing a single doctor can strip that community’s access to care, she said.

"The majority of health center patients are earning below 200 percent of the federal poverty line. There are very real trade-offs for accessing care." Andrae said. "People can't afford to take the time off of work to drive an hour to the largest metro area to see a provider. So really, when you're talking about a small community, the impact of losing one provider can feel especially acute."

But attracting workers to community health centers in rural areas isn’t easy, said Jessie Peterson, the CEO of Lake Superior Community Health Center, which has a location in Superior.

In the state, less than a quarter of dentists practice in primarily rural counties, whereas 30 percent of the population lives in rural communities, leaving the vast majority of rural areas with a shortage of dentists.

"The biggest challenge is trying to attract the workforce to the smaller, remote, rural areas so that we can get folks in and make sure that situations don't become emergencies," Peterson said.

According to Peterson, dental care is often the first thing to go out the window for their patients, because it can be unaffordable and inaccessible. Many are agricultural workers, who tend to be uninsured, or on Medicare or Medicaid. And now, because of the staffing shortage, the waitlist for a new patient is about one year.

"The irony is that preventive care, which would minimize the need for emergency care, is what gets put on hold first," she said. "Because we have to get those emergency cases in the door, where you have people with severe pain and real urgent need."

Many centers are finding ways to keep up with need, like making telehealth appointments available. Peterson said her center is reaching out to retired dentists and asking them to work on a limited basis each week. Scenic Bluffs Community Health Center is revamping their benefits to attract new staff. But until they've found enough staff, Peterson said, patients will have to continue to wait.