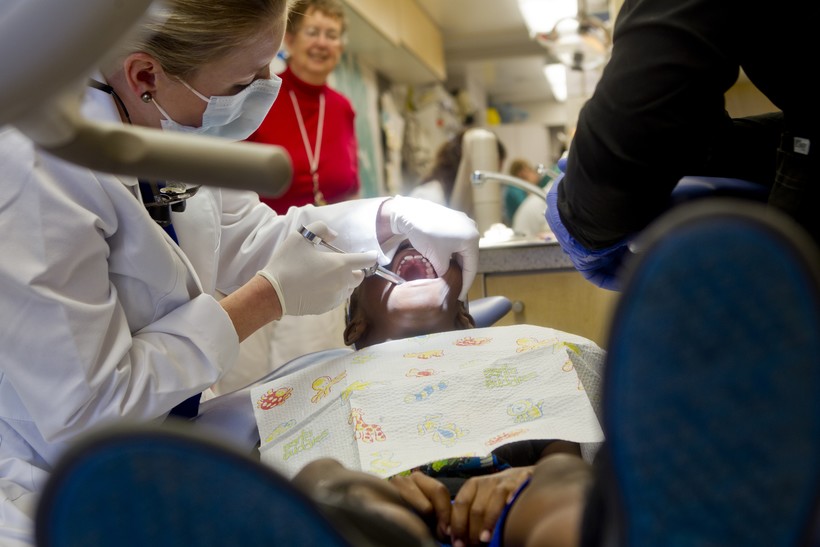 Dental Health Should Not Be A Luxury, Dentist Says

When are teeth more than just teeth? When they’re a status symbol.

In a 2014 federal survey, 25 percent of respondents said they had avoided necessary dental care in the past year because they couldn’t afford it.

Those results were closely tied to income — lower-income respondents were much more likely to miss out on care. But dentists say oral health shouldn’t be a luxury.

"To be completely honest, I’m not worried about the people we see, I’m worried about the people we don’t ever get to see," said Dr. Pradeep Bhagavatula, a dentist and researcher at Marquette University. "There are a lot of people out there who don’t have an opportunity to get into a dental office, who have a lot of untreated disease, who end up going into emergency rooms to get even routine dental care."

For Bhagavatula, that’s a serious problem. Dental disease is preventable in most people, he said. Seeing a dentist not only gives an individual access to procedures, but education on how to prevent further damage.

"We see patients here in Milwaukee who don’t have access to proper healthy food that can be helpful in helping people not getting cavities," he said. "That’s one of the things that I’m concerned about, the social indicators. There’s so much disparity."

Poor oral health can lead to short-term problems like severe tooth pain, causing sleepless nights or the inability to eat and talk.

But there are long-term effects as well. For example, some studies have linked gum disease with heart disease. The correlation hasn’t been proven, but it’s something to watch out for, Bhagavatula said.

Bhagavatula said there is still a stigma around oral health, in that people believe it is less important than general medicine.

"For most people it was almost a fact of life that they would lose teeth, and that has gone on for many generations," he said.

Dentists are working to fight that stigma. The American Dental Association’s Action for Dental Health initiative attempts to foster better collaboration between doctors and dentists.

And locally, Bhagavatula said, dentists often have a hand in advocating for small community changes that make a difference in the long run, like encouraging dental check-ups.

"I think if everyone bands together and tries to advocate for changes … improving access to grocery stores, etcetera, that will be a very good thing," he said.