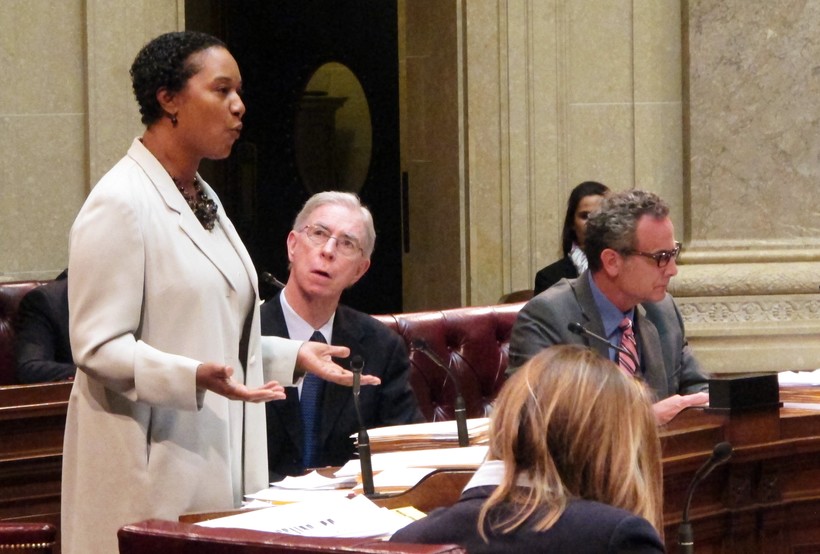 Milwaukee Democrat Lena Taylor was removed Tuesday from the state's powerful budget-writing committee following a dispute with one of her staff.

State Senate Minority Leader Jennifer Shilling, D-La Crosse, said she requested Taylor be removed from the Joint Finance Committee following the completion of an investigation into the conflict.

"No matter the workplace, we need to protect an employee’s right to bring forward concerns and ensure everyone is able to work in a safe, productive and welcoming environment," Shilling said in a statement.

According to a statement from Taylor’s office, the senator and employee clashed over job requirements.

"The complaint was made by a disgruntled employee, who was both unable and in some cases unwilling to meet the requirements of the Madison based position," Taylor said.

Taylor said the employee was paid $80,000 over nearly a year for a "no show, no work" policy that state Senate guidelines require be resolved in 80 days.

Taylor said she agreed with the action taken after the human resources investigation into the complaint, but was removed from the budget committee regardless.

Sen. LaTonya Johnson, D-Milwaukee, has been named as Taylor's replacement on the committee.

Taylor has also made headlines in recent weeks for being cited by Milwaukee Police Department for using a racial insult in an altercation with a bank teller.