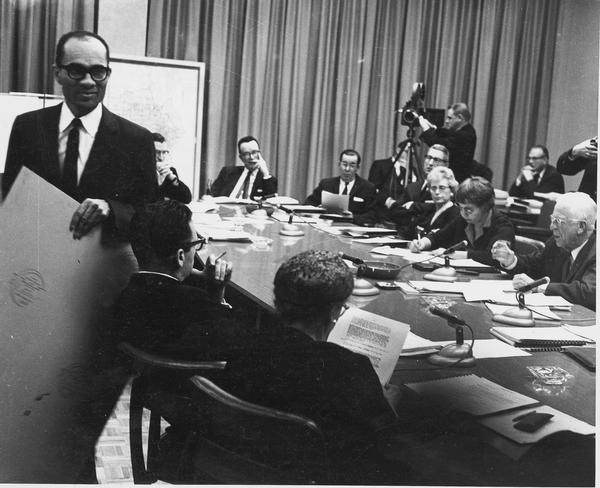 From School Desegregation To Women's Rights, Barbee Was At The Forefront Of Many Social Movements
By Judith Siers-Poisson
Share:

Lloyd Barbee may not be a household name, but he played a significant role in Wisconsin’s history. A civil rights activist, lawyer and Wisconsin state legislator, Barbee’s life and career spanned many of the key social and political struggles of the second half of the 20th century. 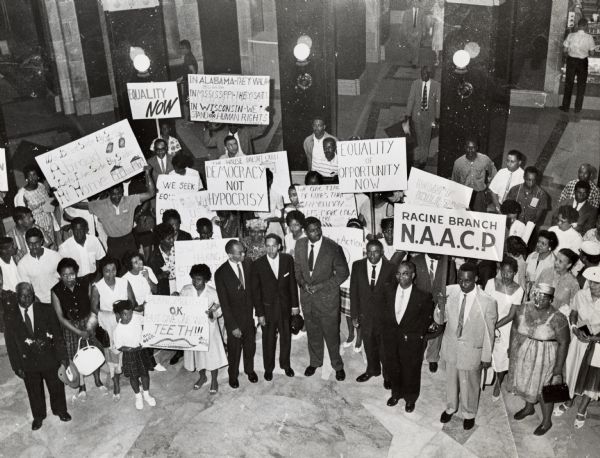 Barbee was often right in the middle of those efforts. As an attorney, he was instrumental in the court case that desegregated Milwaukee public schools, spending nearly a decade on the case. And as a state representative, he championed a range of progressive causes, including access to abortion, reform of law enforcement and drug penalties and even the legalization of marijuana.

Born in 1925 in the segregated South, Barbee began his activist career as a youth member of the NAACP. As he contemplated pursuing a law degree, relatives in Beloit suggested he would be better off attending an integrated school like the University of Wisconsin-Madison, which he did.

Barbee’s daughter Daphne Barbee-Wooten, a civil rights lawyer herself, has gathered her father's speeches, manuscripts and other materials into a book titled "Justice for All: Selected Writings of Lloyd A. Barbee."

Barbee earned his law degree from UW-Madison in 1956. Barbee-Wooten said that even before his move to Milwaukee, he had begun challenging societal and legal inequities.

"He had already successfully sued the city of Madison for its race discrimination in housing. And he decided then that he would go to Milwaukee and take up some more challenges," Barbee-Wooten said.

In 1959, Barbee moved to Milwaukee, a heavily segregated city that remains so today.

"He went to Milwaukee and he enjoyed a good fight, and tried his best to bring justice," Barbee-Wooten said.

One way that Barbee achieved that was through politics. In 1964, he won a seat in the Wisconsin Assembly, where he served until 1977. At the time, he was the only African-American in either house of the Legislature.

Barbee used his time in the Assembly to promote causes he defended as a lawyer.

"He was able, through the legislative process, to sponsor bills ... demanding that public schools teach black history, Native American history, demanding that the schools be more diverse, not only in their education process but the teachers also," Barbee-Wooten explained.

One of the issues that was prominent in Barbee’s Milwaukee and remains just as relevant today is the state of relations between communities of color and law enforcement. In his time in the Legislature, Barbee demanded that "African-Americans not be shot by the police, which happened quite a bit in the '60s," Barbee-Wooten said.

"So the Black Lives Matter movement is not a new movement, it started many moons ago," she said.

While racism in many southern states was enshrined in law, Wisconsin and other northern states also practiced segregation and discrimination.

"The whole thing was right out of something you would expect in the South, and it happened here in Wisconsin, in the North," Barbee-Wooten said.

There were some distinctions in how race was treated legally in northern and southern states, but Barbee-Wooten said that those didn’t matter much in the everyday lives of people of color.

Barbee-Wooten has followed in her father’s footsteps. She is an attorney specializing in civil rights practicing in Honolulu, Hawaii and previously worked as a public defender and trial attorney, including as the first senior trial attorney for the Equal Employment Opportunity Commission in Hawaii.