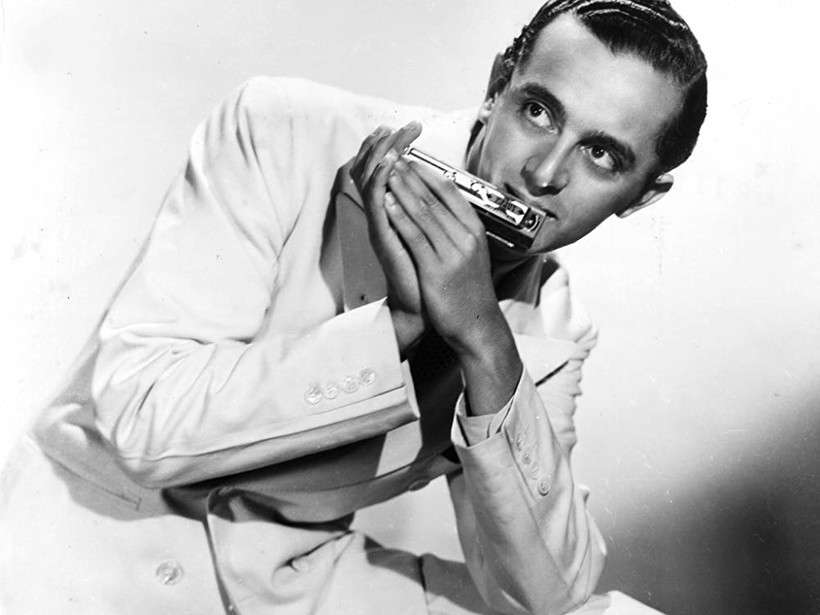 Music making can be hard enough for those whose instruments are mainstays of the orchestra.  For harmonica-player Larry Adler the early years were tough--and a little scary.

In 1928 or so, at age 14, Adler left his home in Baltimore to audition in a New York harmonica band.  Adler played the Poet and Peasant Overture.  The bandleader's evaluation--"Kid, you stink."

Adler took it hard, but not for long.  On his way back to Penn Station, he passed the Paramount Theater, where Rudy Valee was performing.  He finagled a spot on Valee's show.  But he flopped.  He couldn't get the audience to pay attention to him.

Finally Adler landed a job with a road show.  When they were playing at the Oriental Theater in Chicago they were invited to a party.  The host, a stranger to Adler, asked him, "You're Jewish, aren't you?"

The host was outraged.  He made Adler promise to get up early and go to shul the next Saturday, no matter how many shows he had.  He asked if Adler's parents were living and, told that they were, asked, "You write to them every day, huh?"  Adler said no, he wrote once every two weeks or so.

“I don’t like that,” the man said.  “Look, get your coat and go on home  I’d rather not see a kid like you here.  At home you’re going to sit down and write your parents a nice letter.  You promise?”

Adler promised.  Then he went over to comedian Harry Ross and asked,” Who is that busybody?”