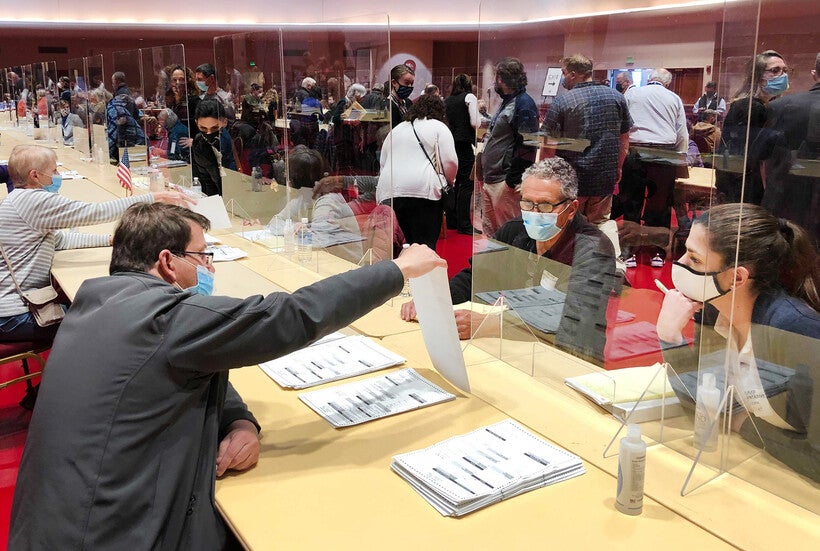 A Dane County task force is recommending increasing security for clerks they say are facing growing threats in the wake of false claims of widespread voter fraud during the 2020 election, along with improving security at facilities used to store voting equipment.

A report issued by the Dane County Election Security Task Force says the "critical infrastructure" of election administration is inadequate in the county and clerks in Madison and surrounding municipalities "do not feel safe."

In a task force statement, Town of Perry Clerk Mary Price said, "We are constantly dealing with people who believe the lies they are being told about election equipment, voter databases, etc. It is causing us to lose good people and it has to stop."

"So, our recommendations were that municipalities in the county need to take a look at their office structures and, where appropriate, increase the security of those structures with access controls, barriers to protect the staff, (and) increased physical security for the storage of election equipment and ballots that are required to be stored for 22 months after federal elections," said Mayer.

"We know the clerks are concerned," said McDonell. "We know that law enforcement is concerned. We know that this problem is out there and it needs to be addressed."

Neither McDonell or Mayer gave specifics on threats in Dane County. But McDonell pointed to examples from Michigan, including a plot to kidnap Gov. Gretchen Whitmer and the theft of election equipment in a rural Michigan community.

A task force survey of clerks found 84 percent of respondents say threats against election officials have increased in recent years. More than half of clerks who were threatened said they contacted local police or the FBI.

McDonell said Madison's City-County government building, where election results are tallied, has "too many access points." He said the situation is the same for town and village clerks offices.

"With the increase in threats that we're seeing, the fact that Dane County is probably one of ten places in the country that would be potentially a target for who knows what kind of anger from websites or social media — this needs to be a priority to protect clerks," said McDonell.

He said in a worst-case scenario, elections staff could be hurt.

"I'm going to ask, in my budget request for the county, for a facility that would house the equipment, ballots and personnel that's secure, that's not in a city-county building," McDonell said.