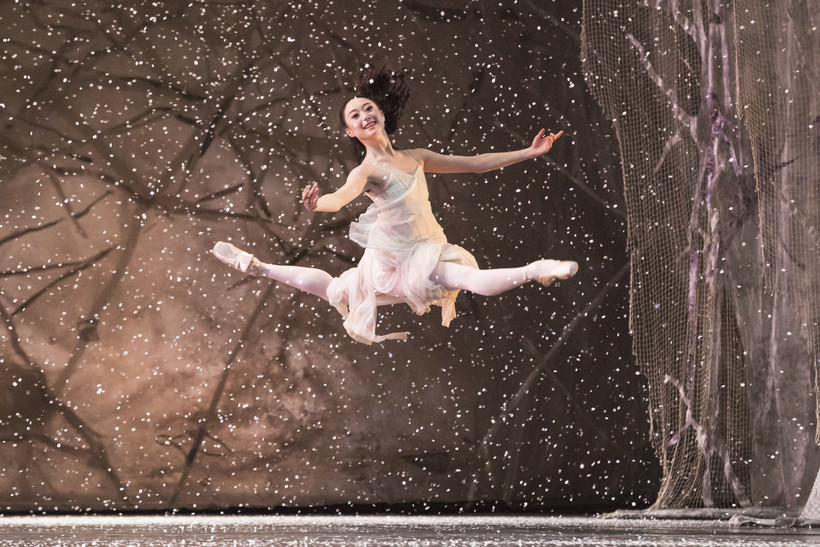 A dancer performs during a photo call for Birmingham Royal Ballet's production of The Nutcracker at the Birmingham Hippodrome, England Friday Nov. 23, 2018. Aaron Chown/PA via AP

A Dane County dance studio is accused of ignoring local pandemic restrictions with an indoor performance of "The Nutcracker" last month, resulting in the largest number of violations issued by the health department against one business.

According to a complaint filed Monday in Dane County court, A Leap Above Dance Studio in Oregon, Wisconsin was holding classes in early December despite a prohibition at the time on indoor gatherings of any size following a November surge of  COVID-19 cases.

"This was really concerning to us. Unfortunately, our numbers had risen, and we were trying to slow the spread of the virus," said assistant city of Madison attorney Marcia Paulsen.

Then, on Dec. 13, Public Health Madison & Dane County officials say the studio recorded a performance of the holiday ballet with 119 individuals, despite a warning not to do so. The story was first reported by the Wisconsin State Journal.

Attempts to reach A Leap Above Dance Studio were unsuccessful. The defendant has 20 days to respond to the court summons, which could result in more than $23,000 in fines.

Paulsen said she's drafted more than 3 dozen complaints against individuals and businesses, including a coffee shop that refused to follow the county's mask mandate, a bar and large campus parties.