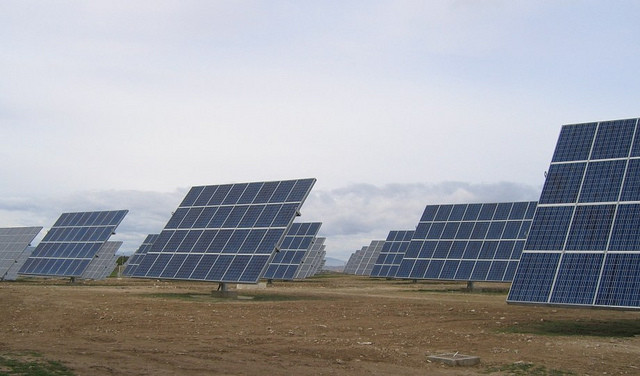 A La Crosse-based power cooperative has announced plans to help create 12 new solar facilities in western Wisconsin that are designed to power more than 2,500 homes.

Dairyland Power Cooperative announced plans to purchase over 15 megawatts of energy from the new solar arrays. That’s more than half of the estimated solar energy currently produced throughout the state.

Dairyland's Business Development Manager Craig Harmes said the new facilities will use sun-tracking technology instead of the typical fixed array.

"Capabilities exist for that solar array to actually follow the path of the sun and take full advantage of the daily solar production and of course produce energy throughout as many hours as possible," Harmes said.

The 12 new solar facilities will be built and operated by two companies outside of Wisconsin, groSolar from Vermont and SoCore Energy out of Chicago. Harmes said Dairyland found it to be more cost effective to purchase power from producers rather than building their own facilities.

"We do this with our biogas and our wind resources and we opted at this particular time to also do this with this solar resources," Harmes said.

Harmes said construction is expected to begin this summer.