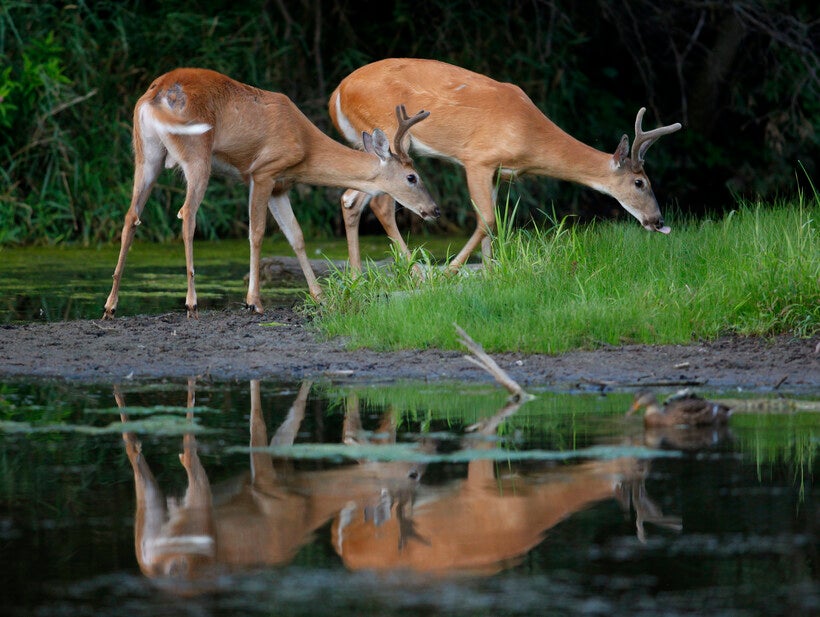 From CWD To Cooking Wild Game, Here Are 7 WPR Segments To Get You Prepared For The Deer Hunt

Archers and crossbow fans officially kick off Wisconsin’s deer hunting season this week, and hunting windows for kids and people with disabilities are on the horizon. The state's youth hunting weekend is Oct. 5 and 6. Also starting Oct. 5, hunters with disabilities may participate in a week-long program to hunt on select private lands.

With the season ramping up, here are a compilation of seven hunting-related segments from Ideas Network programs you may have missed over the past year:

DNR: Past, Present And Future

On Wednesday, Wisconsin Department of Natural Resources Secretary Preston Cole joined "The Larry Meiller Show" to discuss the state agency's history and his vision for its future. Among the topics covered in this wide-ranging interview: How is the DNR fighting chronic wasting disease in deer?

Listen to "The Larry Meiller Show's" interview with Cole.

Last year, around this same time, the DNR released a new season of its webseries "Wild Wisconsin." WPR's "The Morning Show" spoke with Jeff Pritzl, a DNR wildlife biologist, about the series tackling a variety of hunting-related topics, from CWD to wild game cooking. Pritzl also discussed tips for hunters that remain relevant today.

Listen to "The Morning Show's" interview with Pritzl.

Why Do People Hunt?

In June 2018, "The Morning Show" explored the question "Why do people hunt?" with two members of the Aldo Leopold Foundation — Buddy Huffaker and Emily Iehl. The foundation had recently released a handbook, "Why Hunt? A Guide for Lovers of Nature, Local Food, and Outdoor Recreation." We discussed the handbook and the broader state of hunting in Wisconsin's culture.

Listen to "The Morning Show's" interview with the Aldo Leopold Foundation.

In June, "The Morning Show" spoke with David Pabst, a state transportation official, about why June typically sees more deer crashes and what drivers can do to stay safe. With another peak crash month coming up — November — consider revisiting Pabst’s advice.

Listen to "The Morning Show's" interview with Pabst.

Earlier this year, after Gov. Tony Evers proposed his plan for state spending, Republican legislators criticized him for not addressing CWD with additional state dollars. WPR reporter Rich Kremer explained to "The Morning Show" how the debate was unfolding over the contagious and deadly neurological disease in — and spread by — deer.

Listen to "The Morning Show's" interview with Kremer.

Reaction To The DNR's Research-First Approach To CWD

Halfway through Evers’ first year in office, "Central Time" spoke with columnist Patrick Durkin about the state's focus on research rather than new rules to manage chronic wasting disease in deer.

In early September, weeks from the start of Wisconsin’s deer hunting season, the DNR announced steps aimed at addressing the spread of CWD. WPR reporter Danielle Kaeding explained the new steps and the state’s broader strategy looking ahead.

In April, Kaeding also discussed on "Central Time" an expansion in deer testing that found more evidence of the disease.

Listen to "The Morning Show's" interview with Kaeding.