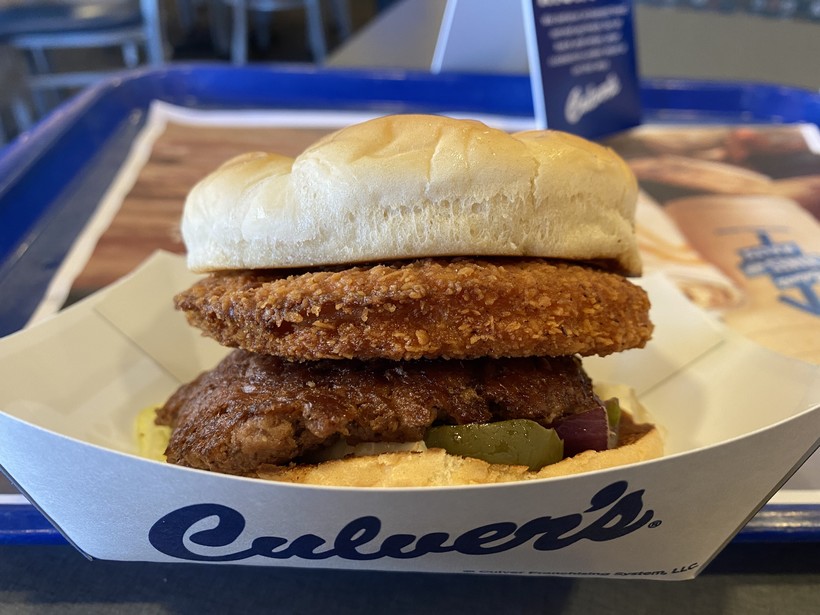 A CurderBurger at a Culver's in Wausau, Wis. Diane Bezucha/WPR

It was a true coronation. For one glorious day, the Culver's butter burger was king, topped with a "golden crown" of fried cheese curd.

And customers came in droves to sink their teeth into it.

"We actually had a line in our drive-thru this morning of about 10 plus cars and it has not slowed down since," said Wausau Culver’s employee Ginger Donovan. "Literally everyone’s asking for it."

Eric Skrum, Culver's director of public relations and communications, said the whole thing started as an April Fool's joke. Their social media team teased customers with a photo of a cheese curd sandwiched between two buns.

But some Wisconsinites thought a cheese curd burger sounded too good not to be real. 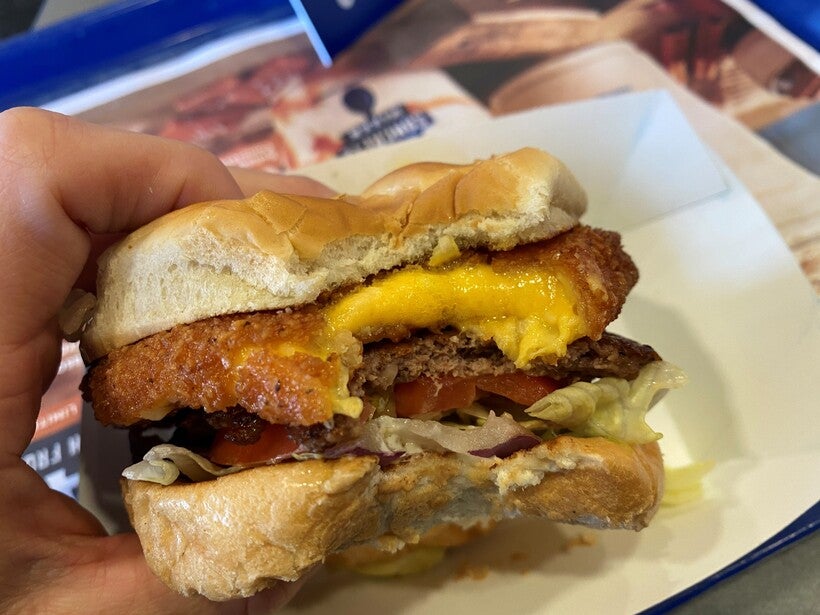 "The response from guests was so positive and overwhelming, to the point there was even a petition at one point to make it an actual thing that we served in our restaurants," said Skrum.

So Quinn Adkins, Culver's chief menu developer, thought, "Why not?" And he set about making the dream a reality.

And the CurderBuger was born. For one day only.

Donovan said that because of the limited supply, employees weren't able to try the new burger, but customers at the Wausau location seemed satisfied.

"It's delicious," said Cheryl Erickson. "The cheese curd is a little bit crunchy, so it adds a little texture."

Several customers noted that the juicy cheese curds makes the burger a little messier than most, but they were not deterred.

"It's very, very good. Very worth it," said University of Wisconsin-Stevens Point freshman Nadia Alonzo. "This better stick around, honestly."

But heavy is the burger that wears the crown.

"I split it with my wife because it’s big," said Cheryl Erickson's dad, John Erickson.

Amidst the excitement of the day, Skrum had one piece of advice for customers.

"If you do want to take advantage of this, please try to get there during the lunch hour, because we can't guarantee that it will last beyond that," said Skrum.

And indeed, it didn't. Most locations were sold out before noon.