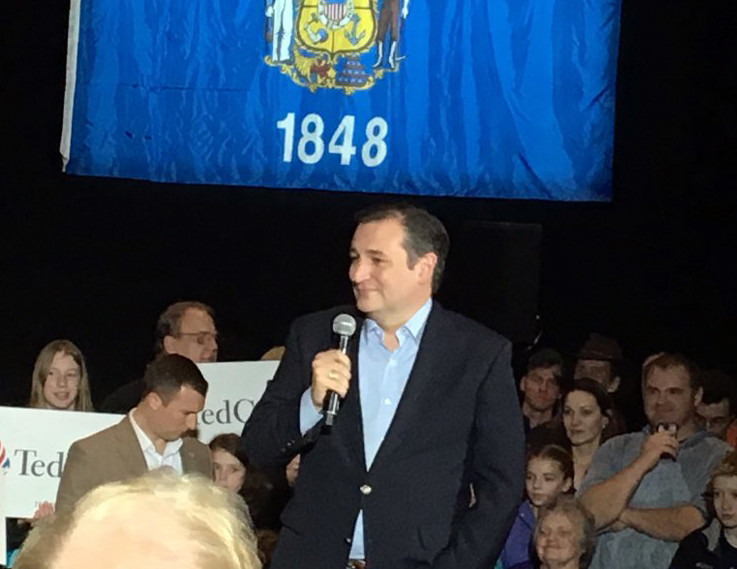 Cruz Says He Was 'Inspired' By Walker During Act 10 Protests

"Wisconsin is known for producing fighters," Cruz said. "When Gov. Scott Walker stood up and led the fight against the union bosses of the public employee unions, and when millions and millions of men and women across Wisconsin stood with Gov. Walker, that fight inspired millions of Americans across this country.”

"It inspired me, it inspired Heidi," Cruz said, referencing his wife, who inspired other headlines on Thursday. "It showed that when we stand together as 'we the people,' we can beat the special interests and we can end the corruption."

Walker has not yet endorsed a candidate in the GOP primary. He did, however, tell reporters on Wednesday that Cruz is the only GOP candidate other than Donald Trump who could "win the nomination statistically."

Walker has said he plans to make an endorsement announcement sometime next week.

During his remarks, Cruz highlighted the importance of Wisconsin’s presidential primary vote, which will take place on April 5.

"Now the entire country is looking to Wisconsin," he said. "Wisconsin has a national platform, a national megaphone."