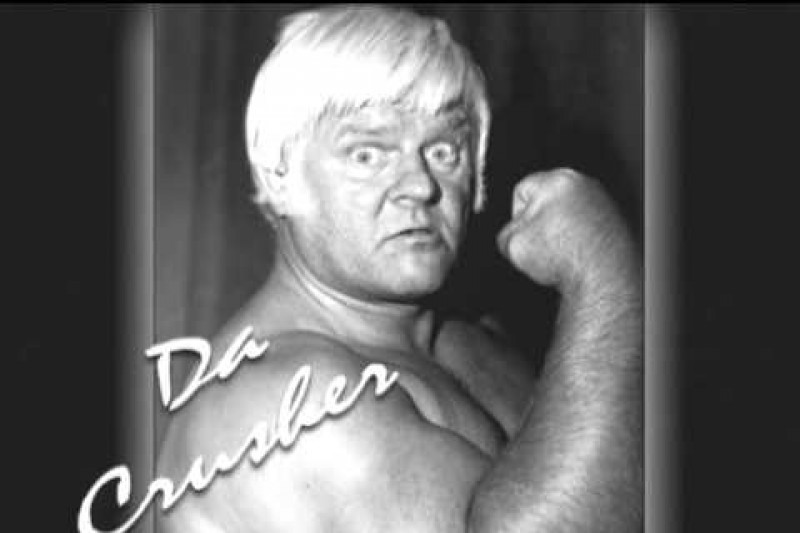 Reggie Lisowski To Be Honored With Statue And Weekend 'CrusherFest'
By Brady Carlson
Share:

The city of South Milwaukee is honoring the professional wrestler "who made Milwaukee famous" — Reggie Lisowski, known to wrestling fans as Da Crusher.

This weekend the community is holding CrusherFest, a two-day event honoring the local star, culminating with Lisowski’s family unveiling a Crusher statue.

Unique is an understatement when it comes to Da Crusher.

Before wrestling hit the national mainstream in the 1980s, regional companies would highlight and promote stars who fans could identify with.

Lisowski, a former bricklayer who said he also worked in his teens as a bouncer at his father’s saloon, built his in-ring persona on his real-life Milwaukee roots, winning dozens of championships and thousands of fans in the Midwest and beyond.

Instead of emphasizing his trips to the gym, where he could lift well above his own body weight, Da Crusher told fans he trained for his matches by "carrying kegs of beer up and down the lake banks" and doing the polka with "Polish dollies."

As for his diet, Da Crusher claimed he’d bulk up ahead of his bouts with "six pounds of Polish sausage a day, (increasing) my beer from a case to a case and a half, and (eating) a lot of mashed potatoes and gravy."

Lisowski’s interviews promoting his matches — in which he derided his opponents as "turkey necks" in what the Washington Post called a "cement-mixer voice" — became arguably as famous as the matches themselves. He even showed up in the 1974 movie "The Wrestler" (not to be confused with the 2008 Mickey Rourke film of the same name) and sang lead on a 1960s single by the band The Novas, appropriately titled "The Crusher."

He returned to Milwaukee, and lived there until his death in 2005 at age 79, making only occasional appearances at wrestling shows.

A longtime fan in Wisconsin thought it was time for South Milwaukee to make sure future generations would hear the Lisowski story.

After more than a year, the campaign succeeded, and the city approved up to $58,000 more to turn a parking lot into a plaza to house the new statue.

Local businesses donated labor and materials to build a pedestal and brick pavers.

There was even enough money left over to turn the statue unveiling into a two-day festival in Da Crusher’s honor.

That festival — CrusherFest — will include two wrestling shows, food, beer and a Catholic polka Mass.

He said the statue doesn’t just show Da Crusher’s famous physique — it reflects his character, too.

"To look at it will inspire people, that no matter what oddball thing they're good at, there is a way to rise to the top of the pile,” he said.